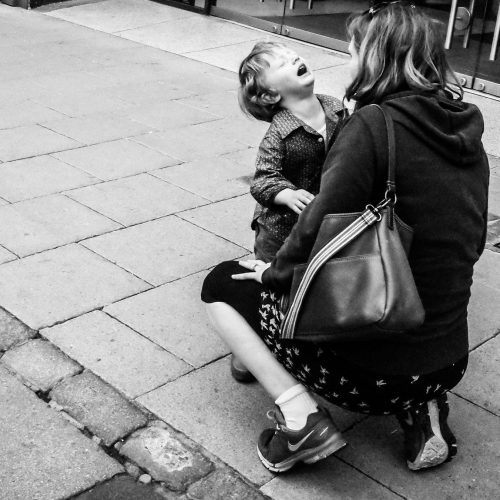 Hi Janet, I’ve read your article Common Discipline Mistakes as well as several others involving toddler behavior, and I’m still not sure how to best handle the actions of my almost three-year-old without punishments, which usually means taking away things like his toys. For example, I will give him two acceptable options to a situation, and he will choose a third (unacceptable) option. Or I will give him a time limit, and at the end of the time, we are right back to where we started but now having lost five minutes.

In the morning, my son and I talked about the glasses and consequences. He hasn’t done it since, but I didn’t feel very good about how I handled the situation. It’s a constant cycle of what feels like threats (if this/ then that) and taking the stuff he loves. What’s left? Thanks, Antonia

What I sense is missing here is a clear understanding of your child’s perspective and how impossible it is for him to negotiate and make “good choices” in these situations. When children are acting out, they need our help, not threats and punitive consequences. After all, we can’t reason with the unreasonable.

Our young children’s disagreeable behavior is impulsive and emotionally driven. It isn’t coming from a sensible, thoughtful place, and we can’t snap children into that place by giving them threats, consequences, countdowns, and ticking clocks. Those strategies make matters worse because they give children the sense that we’re against them, which tends to make them feel even more uncomfortable, emotionally flooded, stuck. It’s as if children know they’re not doing the right thing, but they can’t find their way out of where they are, so they struggle and become even more confrontational, which we interpret as consciously “bad” behavior.

The truth is, asking a child in that state of mind to choose between compliance or a punishment is just not fair, even a little cruel. How can we expect children to respond to logic when they aren’t in their right mind? Never mind that the choice we’re offering is between two equally unpleasant alternatives. It’s no surprise that these transactions don’t make us feel good either.

Here are my recommendations for giving children the help they need using some of the examples Antonia shared regarding her son:

I would only take a toy away if it wasn’t being used safely and would frame this as helping to provide protection: for my child, another child, the toy, the home or environment. Children will object but still feel the fairness in this, particularly if we are calm rather than annoyed or emotional. We’re noticing that they need help with self-control, and we have their back. “I need to keep you safe.” Our attitude and actions are the opposite of punitive.

2. “I will give him two acceptable options to a situation, and he will choose a third (unacceptable) option…”

He is demonstrating very clearly that he is not in a state of mind to make reasonable choices. Instead, he needs help in following your direction, whatever that is. This will often require us to do something physical like taking our children by the hand and helping them go somewhere, blocking dangerous or inappropriate behaviors, etc. Young children need a lot of physical care, so we can’t shy away or try to avoid this. Do it right away and well before getting angry or frustrated.

3. “I will give him a time limit and at the end of the time, we are right back to where we  started, but now having lost five minutes…”

Right, so here again, he can’t snap into a reasonable state because there’s a clock ticking. He needs a parent who can see that he is lost and help him move forward, often that means taking calm, physical actions like picking him up and carrying him to his bedroom or out of the bathtub, etc.

Mm-hmm… This is prime time for challenging behavior! So be prepared, confidently walk him through what he needs to do, definitely don’t negotiate or give him choices or allow him to stall. Escort him to his bed.

5. “He pulled my glasses off my face and refused to give them back.”

Sounds like he’s saying, “Help, I’ve lost control of my impulses! I’m going to the dark side! Get me to bed soon. I’m overtired!”

6. “I said give them back, or I will have to take something of yours. (What are the options here?)”

This feels like you are dealing with a peer in a tit-for-tat rather than a tiny, overwhelmed guy who needs his mom to override his immature impulsive actions and remove the glasses from his hand right away with confidence and love. You might even joke, “That was very quick, Mr. Wiseguy!” And then help him to rest as soon as possible.

7. “I pried them from his hands after he refused to give them back and put his toy on a shelf.”

Taking them from his hands is exactly what I would do, but it’s not surprising he refused to give them back. He was already in an impulsive place when he took them from you, and children don’t usually snap out of this. Again, taking his toy is tit-for-tat and taking his behavior personally rather than seeing him as your tiny overwhelmed child.

Finally, he’s expressing some of the feelings driving his behavior. This is very positive. It would be better to stay in the room with him, but not in an angry or frustrated state.

9. “My husband returned, talked to him and gave him back his toy. In the morning, my son and I talked about the glasses and consequences.”

With the understanding that unreasonable behavior comes from an unreasonable place, we will ideally forgive these incidents and let them go. It’s positive that his dad connected with him about what happened, but it’s best not to rehash or make too much of this. A comparison I’ve used is sleep walking… We wouldn’t judge, blame, and rehash behavior our child displayed while he was sleep walking. With their underdeveloped impulse control, young children are often inclined to act out of a similar lack of consciousness. So, I recommend being the “bigger” person, letting it go, and moving on.

Hopefully this perspective will help reframe expectations around typical toddler behavior. Parenting is hard work, and we all deserve to feel good about the relationships we’re building with children.

I share more about setting limits with confidence and respect in
No Bad Kids: Toddler Discipline Without Shame (which is now available in Spanish) 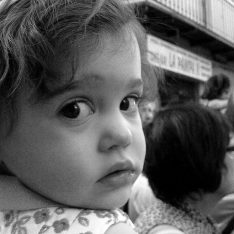 How to Stop Your Runaway Toddler 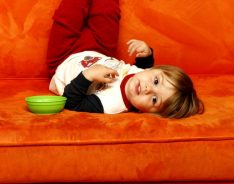 Stop Entertaining Your Toddler (In 3 Steps) 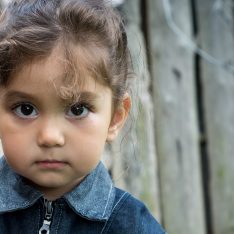 Confident Momentum: How to Stop Battling Your Toddler’s Resistance and Defiance