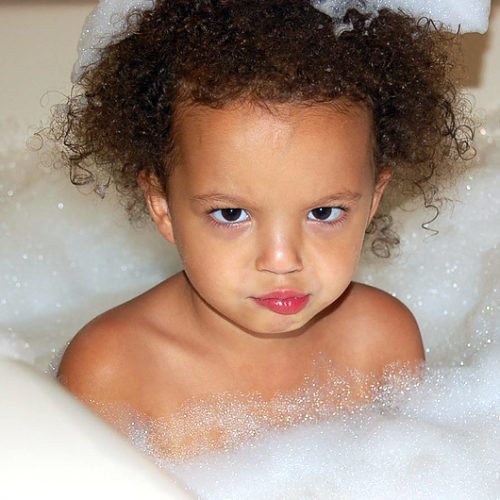 With the knowledge that it almost certainly takes two to tango, it should be easy for us to avoid engaging in power struggles with our kids, right? Um… not always. Here are some of the understandable reasons we might get caught in a battle of wills:

We want our kids to be well-behaved, respect our wishes, do as we ask. (And, by the way, there’s nothing wrong with any of that, so don’t ever let anyone make you feel guilty for wanting those things.)

Our kids can be willful, stubborn, defiant, and unreasonable. When they behave in a manner that they know is wrong or just won’t listen, it can be infuriating.

We believe that by using the “right” tools or tactics or by saying the “right” words, we can convince our kids to give in and comply with our directions rather than continue to hold their ground.

Problem is, most of the concerning behavior young children engage in is driven by emotions and impulses rather than reason. So using reason to convince children to do what we’ve asked after they’ve already said or implied “no” is, more often than not, a losing proposition from the start that becomes frustrating for both of us.

This isn’t to say that our kids aren’t aware they’re displeasing us. On at least some level, they’re fully aware that we don’t want them hitting the dog or refusing to brush their teeth. What they don’t know is why they have these impulses or where the need to dig in their heels is coming from. As adults, we will tend to understand more about these impulses than our child does, and we’re likely to realize at some point (usually after the power struggle is over): Oh, shoot, she’s overtired or has low blood sugar or I’ve been gone on a business trip for two days and she has feelings about that, etc.

There are a plethora of healthy, developmentally appropriate reasons kids push limits in the early years (more about that HERE), so to put an end to power struggles, the first guideline is to:

When we accept and normalize these experiences for ourselves – we perceive them as typical, age-appropriate scenarios — we’ll be far less likely to approach them as surprising, offensive, or deadly serious. Then it will be easier not to take the bait and engage.  Refusals to follow directions aren’t a sign that we have an ill-mannered child, or one who has it out for us. In these early years, especially, our child’s impulses will often get the better of them – they’ll periodically seem to lose their minds. So, it’s actually unreasonable not to expect the unreasonable and wise to do as the Boy Scouts suggest: “Be prepared.”

Alternatively, if we get caught off guard and our child’s defiance feels like a surprise “attack,” we’re more likely to falter or “fight back” with anger, which can create the discord and discomfort that leads to even more limit-pushing behavior, struggles and stand-offs. This is bound to happen occasionally, of course. We’re human.

There are power struggles that can be prevented by understanding our children’s developmental needs and sensitivities. For example, infants, toddlers, and preschoolers learn through free play and active exploration. A 100% safe “YES” place (which means free of forbidden objects and activities) meets their needs as explorers and scientists — testing their surroundings in a healthy manner rather than testing us.

It’s also helpful to keep in mind that young children can become overtired, over-hungry, and overstimulated in the blink of an eye.  As acutely aware and sensitive beings, their comfort level with stimulation cannot be gauged by our own as adults, so activities and outings that we might find enjoyably stimulating can put them over the edge.

Our most effective responses to imminent struggles will fall into three basic categories:

a) Heading them off at the pass: When our children engage in behavior that could potentially require us to intervene physically (i.e., they’re behaving in an unsafe or resistant manner or using an object inappropriately or against our wishes), we should ideally be prepared to do so, even before we sense any resistance to our verbal directions. This might mean being a calm shadow/buddy/helper to a toddler who has a tendency to lash out with peers, or helping a stalling child move into her car seat. Mostly it means recognizing that children will often need us to follow through with a direction by helping them follow it. For example, we’re ready to help our child put the box of crackers away long before we get the slightest bit annoyed or she dumps the whole box. We’re upbeat, and we lead with genuine empathy or (if we’re not feeling it) at least an acknowledgement of our child’s perspective. “You got those down yourself. Cool! I’m going to help you turn the box over so you can get one. Then we’ll put them away.”

I sometimes describe this kindly-taking-charge-early approach as being Mama or Papa Bear — benevolently strong, confident, unafraid. Mama bear is always at the ready to be the parent in the situation. She doesn’t wait until her patience has worn thin and risk turning into a growling grizzly. She understands that real love sometimes means carrying children into or out of situations against their will or removing items (and maybe even other people or animals) from their grasp. Where others might see “bad, disobedient, disrespectful kids,” she sees “lost in impulse, needs help quick.” But she doesn’t just barrel through. She also makes a point of staying connected and on her child’s “side” by acknowledging feelings, “You don’t like this at all! I hear you.”

(I discuss “Mama and Papa Bear mode” more explicitly in my recent podcast: When Kids are Defiant and “Disobedient”.)

b) Keeping it light and low key: We can’t force cooperative activities. They require willingness. So activities like clearing up toys, tooth brushing, and even using polite language are best handled with subtlety, lots of respect, togetherness, low expectations and a very light touch. One way to demonstrate our respect is by verbally preparing kids for these situations and making them part of a predictable routine. Another is to offer kids as much active participation, autonomy, and choice as possible – exploring the possibilities with them, getting their input, letting them do it by themselves if they can.

We might ask, “Do you want to keep your cars out in the corner of the room, or shall we put them back in the basket?” Or, “Hmmm… now we’ll need to get this soap out of your hair… Would you rather look up at the ceiling with your head near the faucet or look towards me while I use this cup? Or do you have another idea?” With the example of hair washing, I might even ask if the child wants to wash a doll’s hair (or part of my hair!) first. In other words, I would bring him into the experience so that he can participate as actively as possible rather than have the hair washing done to him.

Inviting children to participate requires us to flexible, keep our expectations low, and accept less than perfection (i.e., maybe the hair washing is incomplete, there’s a little soap left in his hair, or we wash it less often than we might wish to). I would do my best to keep this and other cooperative experiences casual, although I would give my child 100% of my attention.

In a Facebook discussion group I suggested to a parent struggling with brushing her toddler’s teeth: “I would keep tooth brushing as light as possible. Let her do it herself; brush teeth together; let her brush your teeth first, etc. I wouldn’t make a big deal about it.”

The next day she replied: “Overnight success! Last night I just got my toothbrush ready, asked my daughter which kind of toothpaste she wanted, handed her toothbrush, and we both brushed our teeth for 2 min (mine is an electric on a timer). After we were done she said, “More!” We brushed again this morning. I know a positive attitude towards brushing is more important now than super clean teeth, and I was feeling very bad about the way things were headed. Thank you for helping me turn it around!”

c) Ducking and letting them roll on by: Let go of losing battles (i.e., against language, bossiness, screaming, whining, etc.) so they lose their power rather than build steam. So, in these instances, our action is actually more like inaction. Brettania’s story illustrates:

My 4-year-old recently started preschool. He came home last week and said “Poopy poop poopy poop” and then “you may die” while looking right at me. (I’m not sure why exactly the kids at school are saying these particular phrases. It is a lovely, outdoor, screen-free school so it just seems like random experimenting with things to say). Anyway, I just said “interesting….” because I truly was not bothered at all. So my son got very attentive and said, “Don’t you not like that??? My teacher doesn’t like it and some of the other children said it all day at school and she didn’t like it.” I said, “No, it doesn’t bother me at all.” My son looked shocked. This was about a week ago and he has never said these things again. It was such a clear example for me of how kids may repeat things (or not repeat them) based on the reaction they get from the parent or caregiver. I could just see/feel my son waiting for my big reaction, and when he didn’t get one he just dropped this behavior immediately. I still find it so amazing to realize how very much my reaction or response may influence my child’s behavior. In hindsight, I can think of so many examples of when I changed my response or approach (rather than trying to get my child to change) and my child’s behavior changed as a result.

For more, please check out my book:
No Bad Kids: Toddler Discipline Without Shame (also available on Audio!)

I also recommend The Secret To Turning A Toddler’s “No!” Into A “Yes!” and What To Say Instead Of “NO!” – Six Ways To Gain Your Child’s Co-operation by Lisa Sunbury, Regarding Baby and 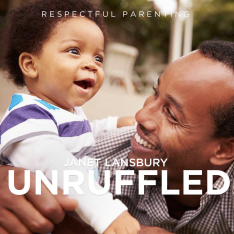 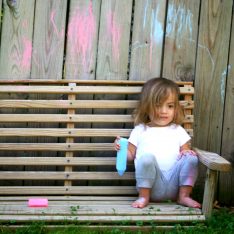 Are You Putting The Kibosh On Creativity?