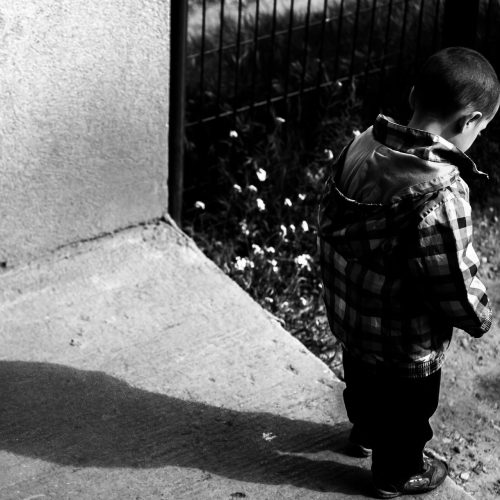 “Like many parents, ‘consequences’ is one of my buzzwords. I use it before Emmett behaves poorly. I use it while Emmett is behaving poorly. I use it after Emmett has behaved poorly. I use it with tedious regularity in an attempt to make him understand that some actions have negative outcomes and that those outcomes can’t be magically whooshed away with the wave of a hand.”  – Lynn Messina

While I appreciate Lynn Messina’s candidness in “Teaching And Learning The Meaning of Consequences” on the New York Times Motherlode blog, I am troubled by her misinformed (yet all too common) interpretations and uses of ‘consequences’. She mistakenly believes her kids need to be force-fed lessons on ethics and morals rather than trusting them to internalize her values organically as she patiently guides them toward appropriate behavior.

Throughout the article, Messina acknowledges the nagging sense she’s being hypocritical, that her strategies are back-firing and her messages getting muddled. She worries that “I’m teaching my son another lesson: how to bear a grudge.” No doubt, she’s right. The answer to her dilemma may lie in one simple truth: the attitudes and behaviors parents model will always (always, always) trump the lessons we aim to teach.

When navigating an area of parenting as tricky as discipline, it can help to routinely check in with ourselves with an important question: What are our ultimate parenting goals?

If our primary goal is an enduring bond with our kids, then repeated phrases like “make him understand”, “drum this concept into his head”, and even “get him to do such-and-such” are clear signs we’ve derailed. Starting from a place of manipulation is not a good strategy. It will continually undermine us, because it creates an “us against them” relationship with our children rather than the positive partnership kids need to be guided effectively.

They are just a euphemism for punishments

Punishments may sometimes succeed in deterring undesirable behavior, though more often than not parents discover that punishments lead to many more punishments. Punishments are inadequate teachers because they don’t teach or model positive behavior.

They can also have unfortunate, unintended consequences. Punishments cause children to internalize shame and anger, create distance, isolation and mistrust. Severe or physical punishments can create fear, rage, helplessness and hopelessness.

Messina’s example: “He goes to bed badly; he loses his scooter.” And so begins her cycle of guilt. She continues: “Imposing a punishment hours and sometimes days after the offense has been committed feels petty. The anger is gone, the house is quiet, Emmett and I are getting along beautifully, and then, like an injured party nursing an old wound, I bring it back with a simple no: No, you can’t take your scooter. No, you can’t go to the park.”

Psychologist Paul Bloom’s fascinating studies on babies and morals show that even young infants have a basic understanding of fairness.  A respectful consequence will feel fair to our children (which isn’t to say they won’t object to it, they probably will, and that “disagreement” needs to be accepted and acknowledged.). When sincerity and fairness are sensed by our children, the trust between us remains intact, and often even strengthens.

Punishments feel petty because they are. Is this the aspect of our personality we want our children to emulate?

They are unrelated to the situation and/or given too long after the fact.

See the scooter example, above. One of the many inspiring things children do is live in the moment.  They’ve so moved on. And the younger the child, the sooner they’ve forgotten completely and can’t make the connection between their action and our consequence. So when we set limits about anything with our kids, we need to do it immediately and move on, too, without brooding, seething or grudges.

With a bit of forethought, we could have avoided or prevented the situation by creating a boundary or setting a limit

Emmett pulls away and chastises him for his enthusiastic affection. “No, Luka,” he says, “you’re still having consequences.”

Older children need to be able to protect their projects (on a high table, for example) from infants and toddlers, who are all about exploring and testing. It’s not fair to either child for parents to allow an incident like this to happen if it is possible to prevent it.

They include forced apologies or other inauthentic gestures

“Immediately, I step in to remind him that he’s already accepted Luka’s apology. It’s not gracious, I tell him, to make someone feel bad after you’ve forgiven him.” There are a lot of feelings being manipulated here. It sounds exhausting.

Forcing apologies and forgiveness or any other feeling teaches children many unproductive things: Don’t trust your true feelings; pretend to feel things to please adults; use “I’m sorry” as an excuse; be a phoney, etc.

Consequences are effective, respectful and relationship-building when they are:

“I can’t let you throw those blocks toward the window… You are having a hard time not throwing the blocks. You can throw them toward the rug or in the basket or I will need to put them away for now… Thank you for letting me know you need help. I’ll put the blocks away.”

2. Stated kindly and confidently (rather than as a threat), and then we let go and move on.

For most of us this means we must set the limit early, before we get too annoyed or angry.

3. Coupled with acknowledgements of our child’s point of view and feelings (no matter how unreasonable they might seem).

“You wanted to stay at the park, but you had a hard time not hitting your friends, so I said we had to go. I hear how upset you are.”

4. Consistent, predictable responses, elements of a routine that our child recognizes

“Are you finished eating? You are standing up and that tells me you’re done. Okay, you’re sitting back down for more, please don’t get up until you’re finished. Oh, now you’re up again, so I will put the food away. Thanks for letting me know you are done. …You’re upset that I put the food away. You didn’t want me to do that. I understand. We’ll be eating again soon.”

5. A genuine expression of our personal limits

A parent from one of my classes (who could not be a more respectful, caring, and all-around wonderful mom) attended a lecture by a popular gentle parenting adviser as part of her book tour. This mom’s biggest challenge is setting limits confidently. She’s especially prone to self-doubt and guilt if the situation pertains to her personal limits or isn’t as clear-cut as a safety issue.

She asked the adviser about an experience she’d had while driving her six-year-old daughter to the home of a friend for a playdate. Her daughter became upset with her toddler brother and would not stop screaming. The mom tried patiently asking her to stop several times, but she continued. The mom was at the end of her rope. She asked this adviser if it was okay for her to tell her daughter that if she couldn’t stop yelling, they would be turning the car around and going back home. The adviser’s answer was no, because that was a parent-imposed consequence.

I’m not going to lie — hearing that drove me half-mad. Here is a mom who especially needs to be supported to set limits and stick up for herself and instead she is scolded for suggesting it.

Ironically, this adviser specializes in helping parents stop yelling, and yet she misses a crucial piece of the yelling puzzle: parents need all the encouragement in the world to take care of themselves, calmly, honestly, fairly, confidently, so that they don’t explode on their kids. They need permission to turn the car around, stop their children from taking out messy art supplies before they’ve helped clear up the previous ones, not go to the park when their child refuses to get dressed:

“You said you wanted to go to the park today, but we won’t have enough time unless you can get your clothes on. Shall I help you?”  Or, “I’m getting seriously tired, so please help me brush your teeth if you’d like a second book.” Or, “I see that you are very disappointed about missing the playdate, but you wouldn’t stop screaming and I honestly couldn’t take it anymore.”

The essential difference between consequences and punishments is our sincere and honest sharing. We can’t be gentle parents without taking care of our personal boundaries… and the consequences of that kind of modeling are all good.

I share a complete guide to respectful, effective discipline in No Bad Kids: Toddler Discipline Without Shame. 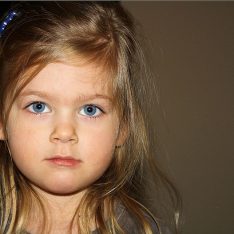 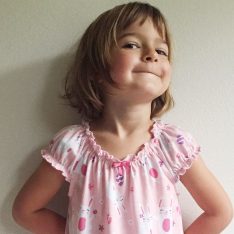 Becoming a Peaceful Leader for Your Strong-Willed Child