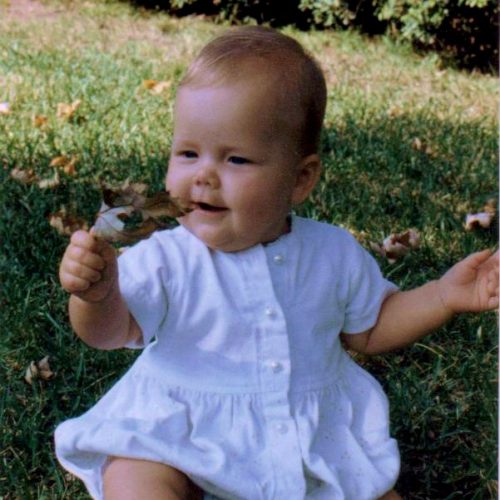 Kiley holds up her head and peers around at the other infants. Her eyes stop and fixate on Chase, who is moving across the floor in an army crawl. Elbows bent and using alternating forearms, Chase propels himself forward towards a small, red wiffle ball on the floor near Kiley. Although Kiley had also shown interest in the ball, her attention flagged when she realized that it was beyond her reach. Chase reaches the ball, puts his fingers into the holes, and gives it a thorough examination.

A few minutes later Kiley cries with displeasure. Kiley’s mother, who sits a foot away, picks up Kiley and places her in a sitting position on the floor. This intervention distracts Kiley only momentarily. While she looks about the room from this different vantage-point, Kiley is much less mobile than she was before, and she is unable to reach, stretch or move out of this position without falling. She looks rigid, uncomfortable, trapped. But Kiley’s mother, Susan, seems relieved that her action put a halt to her infant’s crying. “I think she was bored,” Susan declares. But, a minute later, Kiley cries again.

The story of Kiley’s boredom during one of my infant classes at Resources for Infant Educarers (RIE) highlights the common myth of new parents who think that babies bore easily, and that it is a parent’s job to rescue a child from boredom. But, as infant expert Magda Gerber knew, the opposite is the reality: babies don’t get bored unless parents have conditioned them to require external stimulation and entertainment.

Infants and toddlers, when allowed to explore without adult interference or interruption, are endlessly curious about details of life we have long ago stopped noticing: the corner of the wall molding, dust particles in the sunlight, ceiling fans, and bumps in the Berber carpet all fascinate. These may not sound like adventure to us, but for an infant they are a buffet of different patterns, colors, sizes, and textures that make up a diverse world. An infant’s self-initiated exploration of his world provides in-depth learning and promotes a long attention span.

Infants are eager to absorb every element of their environment, but parents err when they take advantage of this sensitivity by exposing the baby to learning tools like ‘educational videos.’ The young child cannot make sense of the moving pictures and sounds on a television screen. And while he attempts to filter the overwhelming stimulation that even the most basic show emits, he eventually learns to desensitize, which sets him up for diminished learning abilities later in life. His inclination to actively seek to understand his environment is discouraged.

Teaching and entertaining a baby, especially with videos, is the quickest route to a passive, dependent, and easily bored child.

If instead, we trust a child to strengthen his learning abilities through natural, self-directed exploration, we will observe our baby engrossed in activity for longer periods of time than we might think possible. We have the added pleasure of seeing the world anew through our child’s eyes; even the most mundane trivia gets a fresh glance. In a recent class, a toddler discovered a magnificent indentation in the wall that I had never even noticed!

If we give the infant the opportunity to seek out safe discoveries that interest him, rather than showing him the things we think will interest him (usually things that, in fact, interest us), then the world will be his oyster. Boredom is not a natural part of an infant’s repertoire.

While immune to boredom, babies definitely can become tired. Indeed, we would soon grow tired if we spent several minutes imitating the movements of Kiley or Chase. In addition, because an infant is sensitive and absorbent, and lacks the adult ability to “tune out,” he is easily overstimulated. When an overwrought child’s cry is mistaken for boredom, a parent may then compound the problem by creating yet further stimulation. What is really needed is a rest. The result is predictable: an even more overstimulated and exhausted baby.

The simple fact that an infant grows more rapidly in the first year of life than he does at any other time makes it plausible that an infant tires easily, and a child’s cries are most commonly related to fatigue.

“I think what is typically called boredom is tiredness,” Magda Gerber once wrote in her book, Your Self-Confident Baby. “I don’t believe that babies become ‘bored’ in an adequate environment. Rather it is our projection: we think they are bored.”

Young children also cry sometimes when they are struggling with a new skill or movement. If they are not excessively tired, they can manage a little of this frustration. Susan could have leaned her face close to Kiley’s and said with encouragement, “I hear you crying. Are you trying to move out of that position? You’re having a hard time.” And then if the crying did not stop, Susan might have continued, “You sound tired. Would you like me to pick you up?” Kiley might then make a move, give a look, or even reach her hand out towards her mother in response. “Okay. I’m going to pick you up.” Susan could then give Kiley a break, allowing her to rest in her arms for awhile. And if the crying still lingered, then it might have been time to bring Kiley home for a nap.

If we accept the premise that children, beginning in infancy, do not experience boredom unless they become accustomed to passivity, constant stimulation and entertainment, how do we explain an older child’s vocalization of boredom? How should we respond when a child says, “I’m bored, what can I do?” As the parent of three children, I have the joy of experiencing this occasional scenario. It’s usually just encouragement that is needed, and I offer a gentle nudge: “Hmmm, let’s look around. I’m sure you’ll think of something.”

Harder to bear is the telltale “I’M BORED!” in an ear-splitting and demanding whine. In my experience, this hyperbolic expression of boredom only occurs when children are seriously tired, which is perfectly sensible. No one wants to initiate activity and find something new to do when they’re exhausted. Of course, my kids, today, are never thrilled when I answer, “Lie down and rest!” 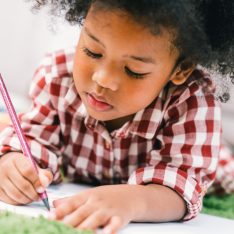 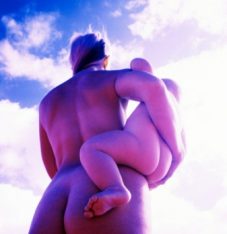