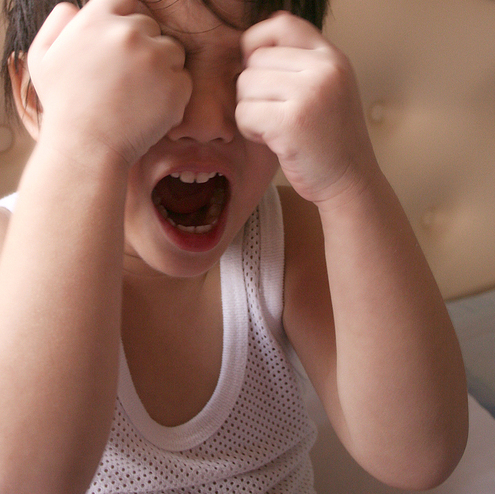 I have a 3 year old son who is incredibly bright. He started talking very early and has been a fast learner, curious, and a great communicator. He is also very sensitive.

Recently, his caregiver has said that he has a very difficult time recovering from situations where he’s been fouled in some way or when he’s asked to do something he does not want to do. She knows this is normal behavior for a child his age, but she says what is abnormal is the length of his meltdowns and the intensity with which he seems to experience them.

At home when this happens, I get down on his level and try to honor his feelings: “I know you really wanted to keep riding your bikes and you were upset that it was time to come in for lunch. You would have really liked to ride bikes for longer…” It helps somewhat.

The kinds of meltdowns that concern me the most (and have for the past six months or so) are more specific than these kinds of typical toddler upsets and the real reason for my writing. He gets completely distraught when something spills and we can’t get it back into his glass. He flips out when we wipe it up, totally falls apart, and it lasts a long time. Again, we talk him through this like I mentioned above: “You want that water to go back into the glass. You are upset it spilled, etc.”.

He also gets very upset if we drain the water from the bathtub, and if the van that comes every morning to pick up a neighbor leaves when he’s not watching. He used to have to wave goodbye to his poop and pee but has let go of that one. He also used to get very upset if the dog ate his food that fell on the floor and would say he only wanted that specific carrot (or whatever) back.

It seems to me that there is a great amount of anxiety around impermanence — maybe an earlier than normal realization or grasping ideas about death or something? It breaks my heart to see him fall apart so intensely. It can also be frustrating and makes me worried about him. How can I help him through this? What do you think is going on?

Thank you so much for listening. I feel desperate for some advice. You have helped us so much.

Me: He sounds like a bright, sensitive guy processing feelings around control. It mostly seems very normal to me, but this stuck out: “It breaks my heart…” and “At home when this happens I get down on his level and try to honor his feelings” and also “I feel desperate for some advice…” My sense is that your heartbreak around this is causing you to over-respond… or respond with alarm or fear… or in a too careful, tentative, pitying manner…  I could be way off, but this is what I’m getting from what you shared.

If he picks up these feelings in you (as children do, particularly the brighter, more sensitive kids), it will heighten all these minor I-don’t-control-this disappointments for him… make these scarier places for him to go… and, therefore, they will be more frequent and last longer… perhaps feeling more catastrophic, which is not what we want.

If you can focus on staying calm and normalize this behavior for yourself (his caregiver should do this, too), and then respond by speaking to his strength a lot more, you will be able to help him pass through this phase… That would mean not getting on your knees and helping him through the feelings every time he’s upset, but simply acknowledging, “Wow…you really didn’t like that milk spilling… and now you don’t want me to be wiping it up!” (As you’re wiping it up).   Or, “You wanted to keep riding and I said you had to stop. You didn’t like that at all! You’re saying no, no, no to that.”  Use the empowering tone I demonstrate in my podcasts.

In other words, encourage him to express these feelings as strongly and for as long as he likes… Almost want him to share longer, rather than worrying about this…  Perceive the feelings as the powerful disagreements they are, rather than sad and weak. These are strong opinions he has about things, and it will help him if you can see them that way.

I imagine that more will be revealed about this phase later. But I would always take a look at changes that he may have experienced lately. For instance, was his toilet learning self-led?

Parent: Thank you so much for your response! I think I am often very irritated and or worried when these episodes happen. They just derail so much for us. Remaining unruffled is really the lesson for me. Tonight, out of the blue we drained the tub without an upset and he was very proud of himself.

His toilet learning was completely self-led and, oddly, the easiest thing for us. We put zero pressure on him, and he has done amazing. It’s been about a year. We followed your way and just had a lot of naked time and a potty available for most of his second year. He asked for undies one day and never went back.

The thing that concerns me about these meltdowns is that they have been around issues of loss or impermanence, and also very much around control. Thank you so much.

Me: You’re so welcome! Do you mind me asking what you mean by “they derail so much for us”? And also, what’s been going on in his world and yours? Anything remotely stressful that you can think of?

Parent: I guess I just mean because they last for what feels like a long time. And I have a hard time not getting anxious when he’s yelling and crying. It’s really hard not to feel like I have to fix it, even though I really try to resist that and know it doesn’t help. And when it happens in the morning (my husband goes to work very early, so most mornings I am alone getting him ready for daycare and myself for work), I am pressed for time and stressed about it. Although I am very conscious of not rushing him or telling him we are in a hurry, I’m sure he feels it.

Or when it happens at bedtime, it is also hard because there is a lot of testing around getting ready, brushing teeth, bathing, etc. And yes, life has been really stressful for a while. My grandmother passed away in December. He saw her in hospice, and that scared him to see her frail and with an oxygen mask. He doesn’t know she died because, to be honest, I wasn’t ready to have that conversation. She lived far away, and they had only met twice. But he knows we went to visit because she was very old, and I did say she “had come to end of her lifetime” once when he had some questions about why she was so old. We recently had to “re-home” our small dog that had been aggressive and had bitten D (he is a small, five pound dog so it wasn’t severe). Living with the dog made all of us tense and on edge for a long time. And my husband and I have been struggling in our relationship. We live somewhere far from friends and family and are finally slowly building some community here, but it’s been hard to not have help or a local support system. I know he feels all of this.

Me: For all of those reasons, I would perceive your boy’s meltdowns over the smallest things as the most helpful thing he could be doing for himself. This is how he is processing his feelings around all these situations. He’s dealing with quite a lot here, and he needs your support, which means fully accepting these meltdowns as normal and necessary and not taking them on as your responsibility to fix or calm or comfort. Let go, and let his feelings be for as long as they need to, so that he can release all the confusion, stress, pain, and loss. This isn’t about you doing something. Just perceive this accurately — as healthy — and usher it in.

Parent: Ahh. Yes. This makes so much sense. Thank you! New mantra: “This is the most helpful thing he could be doing. Usher it in.”

(I share more about nurturing emotional health in my podcasts and books, No Bad Kids: Toddler Discipline Without Shame and Elevating Child Care: A Guide to Respectful Parenting.) 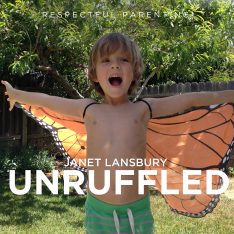 Stop Being a Captive to Your Children’s Emotions 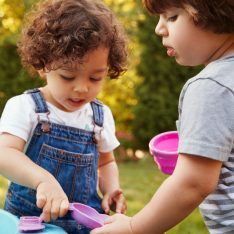 Children Hurting Themselves When They’re Upset