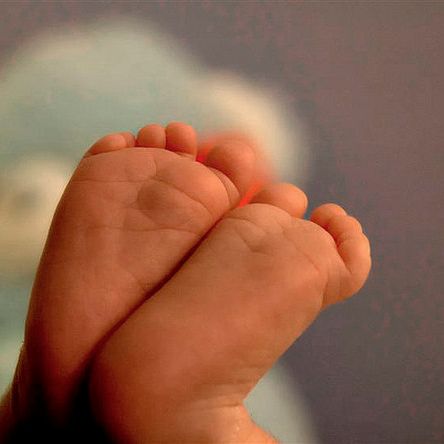 One of the greatest challenges for parents and professionals practicing mindful care is allowing children to struggle as they develop skills. It is far easier for us to do for them than it is to trust their natural process and offer hands-off encouragement. Good things often come to those who wait, but sometimes the wait can be excruciating for us.

I recently had the pleasure of meeting Mercedes Castle, a passionate educator and child care director in Portland, Oregon. Mercedes’ story depicts a common experience many parents and caregivers face, and she describes beautifully the critical moment of decision where mindful inaction proves mutually transformative:

That afternoon, I agreed to supervise the infant community for a few minutes while the teacher ran to the bathroom. I had taken the first third of the RIE Foundations course, read Magda Gerber’s Dear Parent, and was working my way through the RIE Manual. I was developing a deep appreciation for the work that infants do in terms of learning to move and had been working on my observation skills.

We had three infants in class that morning. Two of the older infants went to visit in the toddler communities, leaving our five-month-old friend Jesse in the classroom alone with a teacher. Jesse had been with us for just a week.  I hadn’t spent much time with him, but we’d talked a bit. We were still getting to know each other. I hadn’t ever held or touched him. That day, when the teacher excused herself to the bathroom, I sat at my desk across the room for a minute or so. I heard Jesse start to fuss. I waited another minute and then went into the room. He had rolled onto his belly. I had observed him do this before, but according to the caregivers, he had not yet figured out how to roll from belly to back. In the past, he would become so distraught that a teacher would move in and help him.

I lay on the floor next to Jesse for about two minutes and talked to him while he pushed with his toes and rocked onto his side. I told him that I could see how much he wanted to roll over. He would try first on his left side, then on his right, pushing himself around in a circle. He was making noise and seemed frustrated. I talked to him some more, describing what I was seeing: You have pushed yourself onto your side. You are pushing the floor with your toes. You are pushing the floor with your fists.

He was starting to make more and more noise.

The teacher returned. I told her what Jesse had been doing and stayed next to him on the floor while she attended to another child. Jesse started to complain louder. It was clear that he was getting more frustrated. I told him that I could hear him asking for me to help him. I told him that I was trying to help him by letting him work a little longer. His movements intensified, and he started to cry. I said, “You are trying so hard. You are so close, keep trying…”

And then he rolled over. He lay very still. His eyes opened wide. I looked into his face, smiling, and I said this is what it feels like to do it. You did it, you tried so hard and you did it. You rolled over. And he smiled at me. Then he was quiet for a few minutes. Shortly thereafter, he became very upset, screaming for his bottle. After eating a hearty meal, Jesse then took an unprecedented two and a half hour nap.

Later that day, I mentioned to his teacher that I didn’t want her to tell Jesse’s parents that he had rolled over. I wanted his parents to experience his discovery on their own. His teacher told me that he’d been rolling over all afternoon. What an accomplishment!

I will always remember Jesse. He is the child who taught me that I can, as Magda Gerber advised, “Wait as long as you can stand it. And then a few moments more.” In my internal struggle to refrain from helping Jesse roll over, I experienced first-hand what I have read about: that I am not helping when I intervene. I am helping most when it looks like I am not helping. When I talk, reflect, broadcast, support, and encourage. When I am present. When I am here fully in the moment.

This evening as I write this, I reflect on how I used to approach situations like Jesse’s. In the past, when an infant would fuss to express their desire to roll over, I would gently guide his arm and help him. It never occurred to me that I may not know the way that this child is meant to move. It never occurred to me that it is important to honor the child’s individual process and trust that what they are doing is exactly right according to their own unique arc of development.

I also consider what Jesse’s five-month-old brain learned from this experience. Does he learn to trust himself? Does he learn that perseverance pays off? Does his brain now wire itself to seek the experience of accomplishment? Does he learn to trust his environment? Does his experience reveal a kind and caring adult? Will he seek relationships that are authentic and honest? Who Jesse becomes and what he thinks about himself, how he approaches new situations and challenges, how he persists and is motivated – all of these components are intertwined and ultimately function to compel us to succeed in the face of adversity.

For me, the waiting provided a moment where I could exist without ego. It was humbling and rewarding to observe rather than participate and control the event, and I am grateful for my little five-month-old teacher working so hard to roll over. He showed me struggle and accomplishment, and because I waited and observed, I experienced wonder and joy and growth and satisfaction.

Mercedes Castle is an Assistant to Infancy and has been guiding infants and toddlers towards the realization of their human potential since 2003. She has been educating adults about the nature of infancy since 2008. Mercedes recently took the RIE foundations course and is working to integrate RIE principles into the infant and toddler classrooms in her school.

Active in the Oregon Montessori community, Mercedes advocates for Montessori education at a local and state level. Mercedes is a mama and a wife, and in her free time enjoys singing, songwriting, and playing the guitar. She loves to travel, but is terrified of flying.

My book: Elevating Child Care: A Guide to Respectful Parenting  (available on Audio)

See How They Move, featuring Magda Gerber, by Resources for Infant Educarers

“No Tummy Time Necessary” by Lisa Sunbury, Regarding Baby

“Set Me Free”, “Don’t Stand Me Up”, “Messing With Mother Nature” and “9 Reasons Not To Walk Babies” (on this blog) 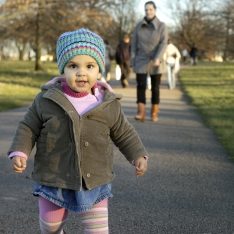 The Powerful Gift of “I Did It!” 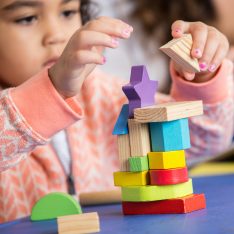 You Can’t Do It! – 3 Powerful Messages Parents Don’t Intend To Send