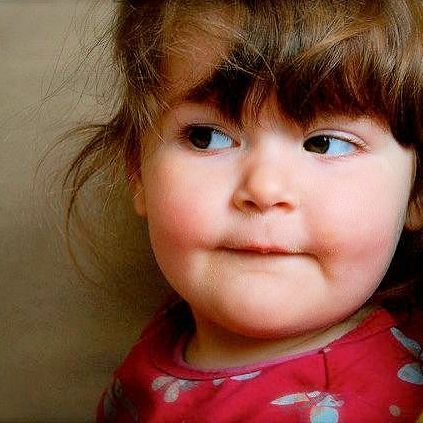 It can be easy for me to forget that the way infant specialist Magda Gerber taught me to engage with babies isn’t the norm. This is especially true now that my own children are well past the infant/toddler years. The only parents of young ones I regularly spend time with are in my weekly parent-child classes, where we’re in our own little insulated parenting bubble.

But during a recent weekend trip for one of my son’s soccer tournaments, I had several reminders of the unusualness of my approach…

Weird parenting experience #1: The Baby Across the Room

I was sitting down for a postgame lunch in a coffee shop with my husband and son when I noticed the baby gazing at me from her highchair several feet away. She seemed around 10 or 11 months old. We locked eyes, and I smiled. She continued to hold my gaze, which is one of many reasons I’m appreciative of very young children. If you’re open and willing, they are not at all shy about connecting soul to soul with you.

Suddenly a hand was waving in front of the baby’s face. It belonged to a woman sitting next to her with her back to me. She must have thought the baby was staring off into space and was trying to get her attention. “Hey, we’re connecting over here!” I exclaimed good-naturedly. The woman, who appeared to be baby’s grandmother, briefly smiled my way and then continued engaging her grandbaby. She waved, clapped her hands, vocalized excitedly and made crackly noises for the baby with an empty potato chip bag.

Now before readers accuse me of being critical or judgmental of this lovely grandma, I assure you that I am neither. I consider her behavior harmless, well-intentioned and normal, which is my point: the incident made me realize how weird I’ve become. The grandma’s actions were all things I might have done — have done — in the past. I remember believing that the only way to connect with a baby was to work very, very hard at it. I thought I needed to attract interest by creating motion, making sound effects and speaking in a loud, animated, gushy voice. Before RIE, my instinct was to entertain my infant nonstop. I believed that was my job.

And I still don’t see anything wrong with these kind-hearted gestures except, perhaps, that they waste our precious parenting energy when genuine eye contact and a simple “hello” would suffice.

The baby in the restaurant once again confirmed this for me as my husband, son and I were leaving. We’d forgotten all about her by that point, but as I opened the restaurant door, I happened to glance back in her direction. I was stunned to see her looking at me from across the restaurant, at least 100 feet away, and my family and I were tickled by the opportunity to say a gentle goodbye.

The next day a friend, RIE-inspired mom and blogger Suchada Eickemeyer, who lives near the area we were visiting, brought her three children (ages 5, 3 and 1) to watch our son’s late morning game. Suchada had brought them to one of my son’s games previously, and I was again impressed by their attentiveness and cooperative behavior. But what really struck me was the exchange they had as we were leaving.

L, the oldest, was eating from a small bag of cookies, and his 3-year-old brother O wanted one, too. When he mentioned this to Suchada, she calmly replied, “you’ll need to ask L.” Apparently, O had already finished a bag of his own, but I didn’t know this, because Suchada hadn’t felt the need to remind him (“You ate all yours already”) as a “normal” parent might have. Nor did Suchada implore L to please share just one with his brother, which would imply that his mom thought he really should. Instead, she had complete faith in the boys to work this out, and so they did.

L said “no”, and while I held my breath in anticipation of a blow-up, remarkably, there was none. O seemed oddly accepting, and then after his mom assured him, “we have more at home,” he jovially exclaimed, “there’s more at home!”

Weird? I thought so.

Weird parenting experience #3: The Relaxing Lunch With Three Kids Under 6

The day got even weirder. There were a couple of hours until the next game and Suchada wanted to attend it with her children if they weren’t too tired. The little ones had been snacking, but Suchada and I wanted lunch, so she kindly invited me to join them.

I’m going to be honest. As much as I love children and wanted to spend more time with Suchada, the thought of sitting in a café with three kids under 6 did not sound pleasant.  While my son and husband generally stay on the fields and watch other teams’ games, I adore my alone time…and a quiet lunch by myself sounded really nice. But I also didn’t want to be rude, so I decided to go for it. Boy, was I surprised.

First of all, it took us at least twenty minutes to find a place to eat, yet Suchada’s three strapped-in children waited patiently. I assume that is because they are used to having their feelings heard, accepted, understood.  In all that time, I think there was one brief groan, and that was acknowledged and understood as well.

We finally found a very casual Mediterranean café and had the most delightful and relaxing (yes, relaxing) lunch with Suchada’s amazingly mature, secure, well-behaved children. There were no tech devices at the table, and our enjoyment of each other seemed mutual. I was reminded of similar experiences with my own children, though it’s hard to compare, since mine are not nearly so close in age. Truly, I’m still pinching myself over the weird wonderfulness of that lunch!

We arrived at the field early for my son’s second game and Suchada’s sons wanted to go the porto-potties, which were a great distance away. Suchada asked if she could leave her 1- year-old daughter with me. I was thrilled, especially after our time shared in the café. Suchada let S know what was happening, and S remained seated in her stroller next to my chair several feet from the field’s sideline. We hung out for a while, just “being” together, both of us comfortable. There was no need to engage. My son’s game hadn’t started yet. There were other teams playing on the field and plenty of spectators seated along the sideline in front of us.

Then I noticed S squirming, so I asked if she wanted to get out of her stroller and helped her unbuckle it. She climbed out, stood facing the field for a bit and then slowly toddled towards it. I followed her, and as she approached the sideline, I said to her, “That’s a little too close to the field. I’m going to pick you up now.” As I picked S up I noticed the line of faces turned toward me. Suddenly stepping outside of myself, I realized, “Yes, that was weird. Why not just swoop the baby up?”

Again, I’m not criticizing. When I first heard a parenting teacher speaking to babies in a polite, dignified manner, I found it very strange.  When I tried doing that myself with my baby, it felt weird for a long time. Now it seems weirdly normal.

And you’ll know you’re definitely a weird parent if, like me, you look forward to the day when “weird” is the new “normal”. 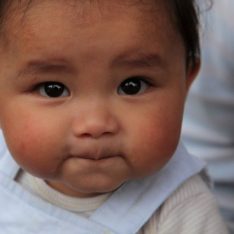 Another Parenting Magic Word (And 7 Ways It Works) 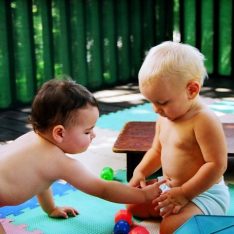