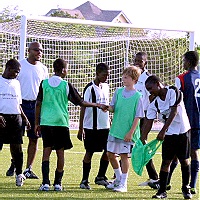 The most common similarity among the many parents I engage with is a heightened awareness about parenting, especially the hour-by-hour cause and effect of our interactions with infants and toddlers. If the wonderful success stories I’ve heard are any indication, it’s clear to me that informed, thoughtful child care practices pay off.

My own experience as a parent has been one of constantly marveling at my kids’ evolving social intelligence and emotional health. I’m often struck by how much more self-confident, secure, centered and at peace with themselves they are than I have ever been, and perhaps ever will be. They perceive social situations with a level of clarity that astounds me, and I’m forever impressed by the healthy personal boundaries they’ve developed (which also means they respect those of others).

Yes, I’m gushing (and will continue below), because I believe parents need to know that our diligence and dedication is worthwhile.  My children are my “proof” and the best evidence I can share.   Here are a few of the signs I’ve found notable and surprising:

Not buckling under peer pressure

One of my most gratifying moments as a parent happened several years ago while picking up my son from preschool. We were outside getting ready to leave when my son and his dear buddy (who’s still his best friend nine years later) were horsing around. I heard his buddy whisper a little too loudly, “I’m going to tell you something, but you can’t tell your mom”.  My 3-year-old boy immediately replied, “Then don’t tell me.”

I’ve never sensed my kids have felt (as I did) that they had to “dumb themselves down”, be people pleasers or anything different than what they are to be accepted by peers. This becomes particularly critical during their teen years when going with the crowd can have negative consequences. I’m happy to report that our kids can navigate this difficult time relatively unscathed, even if we didn’t.  Mine have proven that self-confidence, authenticity and healthy personal boundaries — not lectures, threats and restrictions — are the best defenses against early sex, drug and alcohol use and social media abuse.

Strong sense of self, comfort in one’s skin

My almost sixteen-year-old daughter wears no make-up, studies German (which schools in our area don’t even offer), took Mandarin Chinese for “fun” after school and wants to learn Arabic. Her older sister, a college sophomore, socializes comfortably with friends of both sexes straight from the shower with a towel wrapped around her head. She bucked the prevailing trend at her university to choose a “cool” major in science and technology and is going for the humanities.

One of the things that pleases me most about my kids is the comfort they have just being themselves. I guess I shouldn’t be surprised, considering they’ve been wholly accepted “as is” from the time they were born. They’ve always been provided with consistent, non-punitive behavior boundaries but otherwise trusted to learn and develop in their way and time. They’ve been encouraged to feel their feelings and direct their play, so they know themselves intimately.

My twenty- year- old tells me the kinds of things I would never have dreamed of sharing with my own parents. My almost sixteen-year-old confides in me less, but I’m holding out hope she’ll come around once she’s past the mid-teen years, which was my eldest’s pattern. My little guy knows we’re always there to listen while he shares his sometimes irrational worries.  We make it a point to not judge.

We’ve never punished our kids, and we seldom seem to need to give limits anymore — that was mostly way back in the toddler years, and they’ve since internalized the basic behavior code and values we tried to teach and model (and continue to teach and model).  Although a couple of situations threw us for a bit of a loop, we haven’t experienced big teenage transitions.

Since we’ve provided our children clear boundaries without hurting, shaming or “guilting” them with punitive or emotional responses, they continue to like themselves and trust us. Boundary setting is the aspect of child care that parents struggle with most, but once we get it down, it becomes almost a non-issue.

Last summer my son, one of my two daughters and I had the rare pleasure of visiting a Caribbean island. But even in paradise my son (then ten) was itching for a soccer game, so we asked around (and around and around) until we finally found a team of local players several years older. They generously allowed my little guy to join their training session.  He jumped in with ease and not the slightest hesitation (which would certainly not have been me).

Two memorable experiences, one with each of my daughters, proved to me that my children possess a level of emotional clarity that has so far eluded me.

A couple of years ago, a parent from one of my classes sent me a scathing note about the way I handled a situation with another parent.  This parent called my actions “inappropriate” and then proceeded to unload a litany of complaints she’d apparently been grinding on for several weeks.  Even though I knew objectively that she was out of line (and I continued to have a very positive relationship with the other parents involved), I bought into the letter and allowed it to rock my world.  Several days later, still reeling, I described the situation to my eldest daughter.  Her reaction: “This was an attack. You should be angry.”

Stunned for a moment, I thanked her, welling up with tears of relief. Unable to identify my “right” to anger, I needed my daughter to give me permission to stop blaming and questioning myself.

The second experience concerned another scathing letter (don’t you love email?), this time from a longtime associate who was deeply offended because I failed to do something for her that she thought I should have done, even though she’d never asked me to do it.  How dare I?

It wasn’t the first time I’d been through the mill with the writer of this intensely bitter, hostile letter. I was weary. I was done. I needed to disengage from her. As I began writing what I intended to be a firm let-go-with-love response, my then 14-year-old middle daughter passed by and noticed that I was ruminating, so I shared about it with her. She then glanced at the first few words I’d written.  “Don’t say you’re sorry!“ she commanded me.  And she was right. I wasn’t sorry. I had no reason to be sorry or apologize.  I was doing something good — taking care of me.

So this parenting thing is starting to come full circle – I’m learning from my children.  Inspired by my centered, confident, authentic kids, I’m becoming healthier myself.

I share more about this respectful parenting approach in my book: 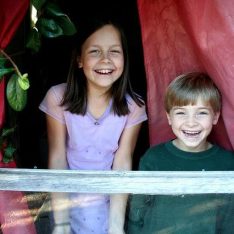 Never Too Late for Respectful Parenting 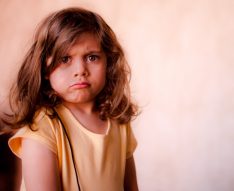 Respectful Parenting Is Not Passive Parenting