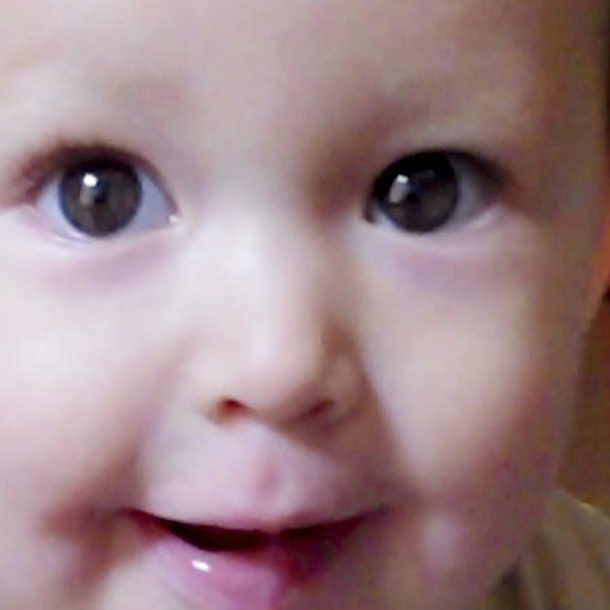 Babies are natural self-learners. Well-rested, fed, emotionally nurtured, and in the absence of intense teething pain or other discomfort, even the youngest infants are curious explorers. All babies need is a safe, peaceful environment, some basic objects to examine (unnecessary until they are 3 or 4 months old) and many opportunities throughout the day to move freely and make their own choices without our interruption.

In a recent RIE Parent/Infant Guidance Class, a 10 month old infant presented vivid examples of self-directed, active learning through independent play and, thankfully, I had the camera rolling. Watch this baby developing gross and fine motor skills, problem solving, experimenting with objects, movement and sound (notably endearing vocals in this case). You see his long attention span (each play segment was edited for length) and sense him taking pride in his accomplishments.

Here are some things to note in the video…

The boy solves the first problem successfully when he realizes he needs two hands to pick up the blue ball. Later he struggles to separate two plastic baskets and isn’t able to, but notice how unbothered and unstressed he is! He just moves on to something else. Children are not easily discouraged and don’t expect to resolve every issue unless they are accustomed to adults fixing things for them.

Babies need plenty of opportunities to initiate the natural development of motor skills as this boy does through manipulation of the ball, car, jar, bottle, etc. You also see him crawling, sitting, practicing standing (and getting down again) and taking some first steps (!) by pushing the chair and the bottle.

Babies experiment with vocalizations and sounds they make with objects, and often mimic or echo sounds they hear. If you listen closely you’ll notice this boy repeating the tapping sounds another child is making.

There is only one unsafe item in the RIE classroom, and the babies are (of course) drawn to it. It’s a floor seat (called a BackJack) with a metal frame that can fall on a baby when a parent isn’t sitting on it. Watch how a mom (not the baby’s) sensitively and respectfully handles the floor seat issue, validating rather than discouraging the baby’s exploration. I have the most amazing parents in my classes!

While observing children engaged in independent play, my goal is to be responsive while taking care not to interrupt. The way I usually gauge a non-intrusive response is to wait for the baby to initiate it. So, when the baby looks towards me or talks to me I say something about what he’s doing. In this video you’ll see some examples, including me starting to say “I hear that sound”, but then changing my mind midstream and inventing a new word, no doubt causing linguistic confusion for this adorable boy for many years to come.

Okay, on with the video… 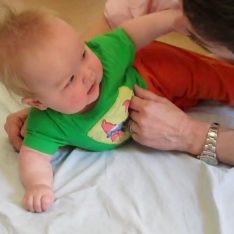 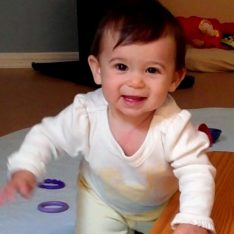 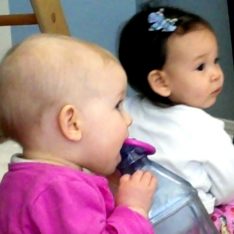 Who’s Raising the Kids? Big Tech, Big Business, and the Lives of Children