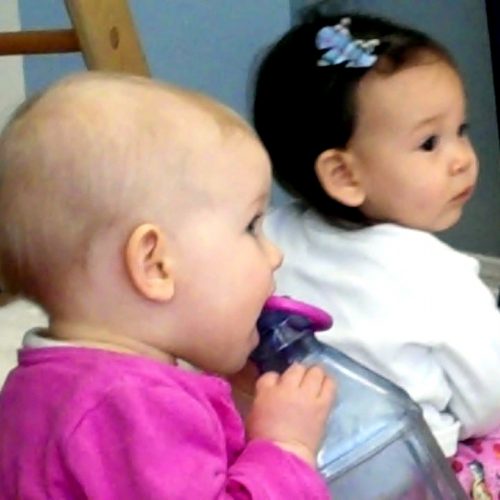 When infants play together, we adults often don’t recognize it as such (play, that is). Sometimes, baby interaction can be a little unnerving to watch without interfering, especially when our own child is involved. But these are precisely the moments when babies are first investigating and testing the boundaries of social interaction with their peers. They ‘read’ the responses they receive, and in doing so learn what it acceptable and what is not.

So, I’m hoping you’ll let go of any adult notions about manners, rules, giving, taking, sharing and enjoy this brief video for what it is…an innocent attempt to engage and initiate play (with one mom’s particularly impressive, sensitive intervention.)

When allowed opportunities to engage in supervised social experiments like these — encouraged by the gentle and minimal interventions of aware, trusting, open-minded adults — babies explore with and learn from peers, and eventually play together in more typically acceptable ways (by around age 3). Once we’ve learned to trust and respect each child’s process, there are surprising and delightful moments for us to observe as social skills develop. 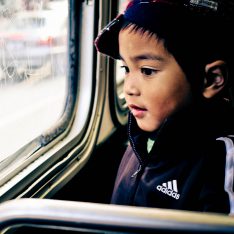 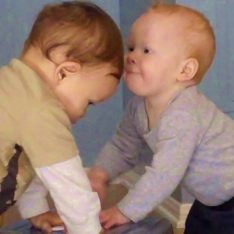 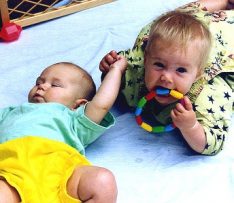