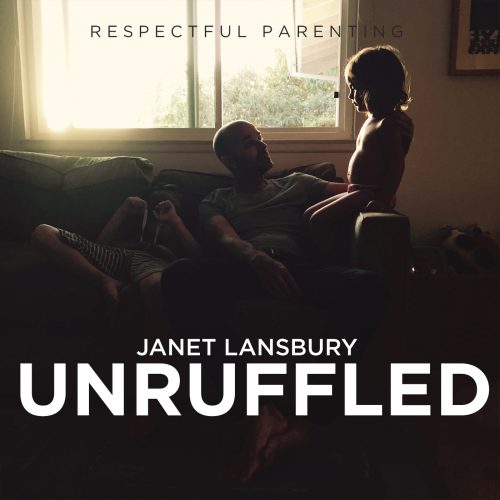 In this episode: After reading Janet’s book, a mom is excited about the changes she’s made in her approach to setting limits and accepting her toddler’s emotions, but she’s concerned that her husband is not open to adjusting his parenting practices. She is hesitant to discuss it with him but wants “the harmony I feel to resonate through the three of us as a family.”

Hi, this is Janet Lansbury. Welcome to Unruffled. Today I’m going to be responding to a parent who is concerned that her partner is using a very stern tone with their child. She doesn’t know how to communicate to him that this isn’t helpful.

“Hi, Janet. I read your book this week, and it has tremendously helped me and my son. I spent the first 21 months of his life as a giant stress ball as he suffered from reflux, and I was in a constant state of worry that he was in pain. After reading your book, I realized I was handcuffed by his emotions, and I wasn’t helping by trying to keep him from his meltdowns all the time. I feel such relief, and I see the difference in my son already as he has played more contentedly and independently than ever this week. And while he communicates his displeasure, he’s able to move on quickly and on his own most of the time.

However, I desperately need help communicating this approach to my husband, who uses a stern tone to communicate limits with our son. I know he only wants the best for him, but our marriage has suffered these two years as we’ve been under a lot of stress, had major changes, and we’re trying to navigate a crying baby. He told me he thinks I don’t respect his thoughts as a father, and I feel that any way I think of to approach this subject will be seen as what he’s doing wrong from his perspective.

I know you must be flooded with emails, and I understand if you can’t get back to me. I just feel such relief now that I’m using your methods, and I want the harmony I feel to resonate through the three of us as a family, and I have no idea how to make that happen now.”

Okay, so first of all, I want to be very clear that I’m not a relationship counselor. I don’t have a lot of experience helping parents communicate with each other. What I do have is many hours of experience working as a consultant with parents. Often times, I have both parents there, either at their home or on a call with me, and I’ve been able to observe and understand some of the reasons that parents set limits the way they do or react the way they do to children’s behavior.

One of the things Magda Gerber taught me is that observation and experience are really the best way to learn. I guess other people already knew that and maybe I did as well, but it’s been proven to me through all the time I’ve spent observing children, and there’s really no replacement for that kind of education. You can’t learn it in a book. You can’t learn it reading other people’s theories or being lectured to by professors. You really do need to spend time observing and experiencing what goes on with children, and with parents and children.

In this case, I now have some time that I’ve been able to observe or be present with two parents and the clashes that go on. What I’ve noticed is that if one parent is reacting to the child the way it sounds like this mother did for the majority of this child’s life so far, wanting to fix his feelings, being very uncomfortable whenever he expressed something, kind of catering to him, often, the other parent will provide what they feel is missing, which in this case might be a strict, stern tone, a little more towards the authoritarian side.

Because what happens is that parent feels this situation is out of control. It’s kind of scary when they see that their child’s behavior is not really on track and that the other parent has a hard time with boundaries, which is what happens when we’re fearful around our child’s emotions, boundaries become almost impossible, because the whole dynamic with boundaries is that they’re not what our child wants in that moment. They’re what is best for our child and what our child does what deep down and what’s best for our child in the long term. But in that moment, our child is often not going to say yes to boundaries.

So, the way that I would recommend working with this partner is, first of all, to understand where he’s coming from. It makes a lot of sense. It’s really scary to see your child, in this mother’s words, handcuffing her with his emotions. Yikes. That’s scary. When we’re coming out of fear, we are going to be stern, and angry, and scared. It often comes out that way.

So, I would understand where he’s coming from. There’s nothing wrong with where he’s coming from. In fact, he’s kind of been offering a balance, I think, for this mother. In that sense, I would open your arms to him and understand, yes, it makes sense that you’ve been feeling like you need to be strict because I’ve been so the other way, but I’m trying to counter that. I am facing these feelings with more openness and acceptance, normalizing them for myself and setting the limits that I need to set. I’m trying to do that.

It’s a struggle. I mean, no one’s going to turn on a dime, even from reading my No Bad Kids book. It just doesn’t happen that way that they’re, “Okay, now I’ve got this.” I mean, I still struggle with this. I’ve been doing it a long time and helping parents do it for a long time, and it’s always a struggle when your child has emotions around something. This child has a lot of emotions, probably a backlog to express because they were wonderfully and lovingly kept under wraps by the mother.

It’s going to be rough for a while to be that person with boundaries that’s un-handcuffing herself, that’s freeing herself by letting his feelings be. I would share that process with your partner. It definitely doesn’t help to go at this as, “Well, I know something now that you don’t know, and you’re doing it wrong.” That really isn’t the truth here. They’re both on a path. They’re both trying to be the best parents as this mother recognizes.

The best way that we teach is modeling. So when her partner starts to see that their son’s behavior is shifting and that the parent does seem more in control, the mother is taking charge as she needs to, as children desperately need us to … They can’t be the one in charge. They can’t be handcuffing people. It’s really scary when you’re that little and you’ve got people sort of under your thumb or fearful around taking charge of you and giving you limits. That just creates more behavior, more acting out, and more struggling to try to get those limits.

When that starts to shift and their child starts to feel more comfortable because he’s not in charge, this is being shown to him all day long and there’s nothing wrong with him having feelings …. That’s another thing he needs to not just be told, but to be shown through his parents’ responses to him. Once he starts to feel that, I think this father will see that there is something here that’s working, and he will be less afraid. Therefore, he will be able to maybe shift some things. He won’t be going to those places where he needs to be stern so often.

So, I don’t think this is as drastic a situation as this parent might feel. I love that she’s so excited about the changes she’s making, and she wants him to make them to, but we can’t be in a rush to get people to learn things. Just like with children, it’s the same with each other. Everybody’s got their own process. Everybody’s got their own journey. And you can help his by giving him a lot of understanding and acceptance, coming from that place, very humbly saying, “I’m seeing this working. I’m excited. I want to know what you think. I want to know how it feels to you. I want to know what makes you feel like you want to yell at him or want to be so stern with him.” Be that open person that wants to explore, that isn’t judging, that’s understanding, and accepting, and even appreciating.

I hope those ideas are helpful. 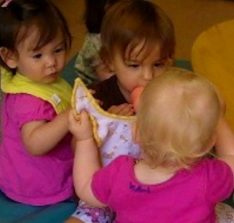 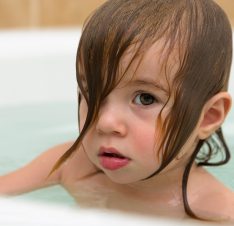 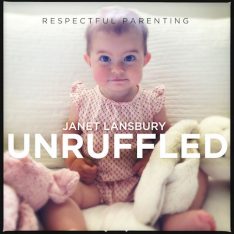