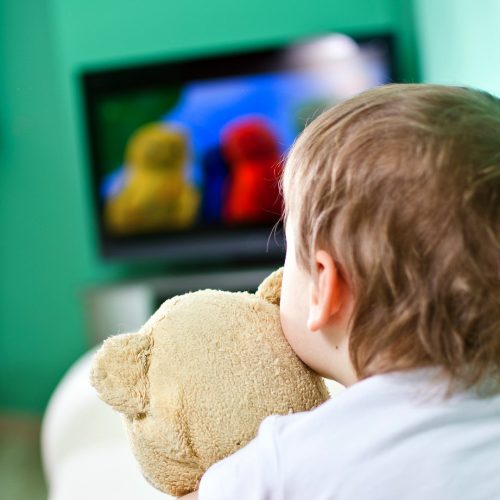 There was an enthusiastic response to one of my recent podcast episodes, “The Facts About Kids and Screen Time,” featuring psychologist Meghan Owenz, where we discussed some of Magda Gerber’s opinions — and mine — about screen time and how Meghan’s research confirms those opinions. Meghan received a lot of feedback from listeners eager to know more, so she offered to expound a bit by sharing an overview of the findings from a variety of screen time studies…

I understand that parents turn to screens for a variety of reasons, and I am not here to judge or shame. If parents choose to utilize screens, research shows that high-quality educational programming can be neutral or helpful. Aim to choose shows which are slow-paced with easy-to-follow narratives. Sesame Street and Mister Rogers are safe places to start for older preschoolers. There are some proven strategies for selecting appropriate shows.

As Janet explains in the podcast, Magda Gerber advised delaying screens until age 6 and closely monitoring thereafter. In the decades since she expressed those views, an abundance of research has been done on screens and young children. What does it show? Well, it largely confirms Magda’s caution in delaying screens. Here are some interesting studies that demonstrate the value in delaying screens during your child’s early life.

To a baby? No. In one study, 72 infants between the ages of 12- to 18-months were randomly assigned to four conditions: watching the video (5x per week for 4 weeks) while interacting with their parents; watching the video (5x per week for 4 weeks) without interacting with their parents; giving parents  the list of target words the video attempted to teach and telling the parents to attempt to teach their babies the words in any way which seemed natural to them; and the control group;1 The researchers conducted pre- and post-tests of the target words by asking the baby to point to the correct object when they named a target word (two objects were presented).

This study is highly regarded because it was particularly well-designed. The infant participants viewed the videos at least 20 times. If there was any learning that could occur by viewing baby videos, it should have been readily apparent. However, the results indicate that only the infants in the parent-teaching group performed above chance. The researchers summarize this result saying, “Children who had extensive exposure to a popular infant video over a full month, either with a parent or alone, did not learn any more new words than did children with no exposure to the video at all.” Can language suffer from television or DVDs?

In a correlational study, researchers found that for every hour of baby media infants between 8 and 16-months viewed (per parent report), they knew 6 to 8 fewer words.2 While parent-reports may be less standardized than other measures, it is of particular interest given that parents who show their children baby media to do so in an attempt to help them. Survey studies find that parents tend to believe baby videos are improving their children’s vocabulary, so the fact that a significant difference in word knowledge was found via parent report is rather telling.

An experimental study demonstrated that after viewing just 9 minutes of a fast-paced “entertainment” children’s show, children performed worse on a task which required executive control.4 The children were four-year-olds, and the entertainment show was Sponge Bob Square Pants. Executive control is the ability to suppress impulses and maintain sustained attention, among other things. The children who viewed the “entertainment” show exhibited executive functioning impairment compared to children who viewed an “educational” program and those who completed a drawing task.

The research on the link between sedentary screen time and extra weight gain is well-documented. A longitudinal study of more than 7,000 U.S. children found that the more TV children viewed, the more likely they were to gain excessive weight between Kindergarten and Grade 5.6 In a longitudinal study of 1,037 participants, TV viewing in childhood predicted excess weight into adulthood.7 Interestingly, in this study, television viewing during childhood was a stronger predictor of adult Body Mass Index (BMI) than adult television viewing. The researchers suggest that efforts to reduce adult obesity need to start with childhood screen time habits.

More than 50 years of research involving over 300 studies demonstrates that watching TV violence makes kids more aggressive.8 The research on this is really quite good.  They haven’t just studied what children naturally watch. They have also done experimental studies and found that children who are not usually aggressive become aggressive. The American Academy of Pediatrics (AAP) made a point to highlight that the research base includes a variety of methodologies and large-scale meta-analyses. The take-home: There is a “proven scientific connection between virtual violence and real-world aggression.” The AAP appropriately defines “aggression” as an act in which the intent is to harm the other person, either emotionally or physically.

These findings are concerning when we consider the violence that is portrayed in children’s programming. The AAP policy statement highlights some disturbing (although not necessarily) shocking statistics about virtual violence. In an analysis done in the year 2000, all G-rated films contained violence, as did 60% of prime time television shows. Based on a study conducted in 1998 focused solely on television, it is estimated that the average child would view 8000 murders and 100,000 other acts of violence by middle school.

Researchers sought to determine how helpful a segment of Clifford the Big Red Dog could be on children’s understanding of the importance of a complex topic:  inclusion and acceptance of differences.10 The episode depicted a three-legged dog. The characters were initially fearful of the dog and excluded it. This went on for some time until the end of the segment when they learned the importance of being friends. However, the research suggested that the kids could come away from the show with the opposite message: to exclude and be fearful of differences. The authors note “the negative emotional content can over-ride other, more positive elements within a given episode,” making it more difficult for kids to understand the moral or take-home message that the episode is supposedly promoting.

Some shows for young children attempt to teach children valuable social lessons, such as the importance of honesty. But your child will likely learn social lessons better from you.  One study found that children sometimes come away with the opposite “lesson,” thinking a solution is to lie as opposed to tell the truth. In the study, children were more like to remember the conflict or struggle over lying, but not the solution.11 Because children cannot consistently understand the difference between fantasy and reality until after age 6, the conflict may be more salient to them. It is like a threat and their brain directs more resources towards it, making it likely that they will remember that conflict.

Much older research from 1978 had previously found that when prosocial content is mixed with violence or conflict, children focused on the antisocial components like violence more than outcomes or messages associated with the violence.12 A meta-analysis of previous studies found that when children were shown prosocial content with violence or conflict, there was an association with negative behavioral outcomes.13 The take-home: When there is scary, threatening or violent conflict, that is what children pay attention to and remember, often at the expense of remembering the consequences or solutions.

Taken as a whole, it would appear best to delay screens as Magda Gerber suggests. Join us at Screen-Free Parenting for motivation to delay and limit screens, articles on raising tech-wise children, and inspiration for tons of screen-free fun.

Here’s the podcast episode, “The Facts About Kids and Screen Time”:

Dr. Meghan Owenz is a psychologist, writer and a university psychology instructor. She has her Doctorate in Counseling Psychology from the University of Miami and Master’s in Clinical Psychology from Pepperdine University. She is happily raising her two kids sans screens.  She runs the website, Screen-Free Parenting, where she writes about tech-wise parenting and provides tons of screen-free activities.  She has developed a psychologically-based system to help organize the activities young children learn and grow from: the S.P.O.I.L. system.  Before you turn on the screen, she asks, “Have you S.P.O.I.L.-ed your child today? 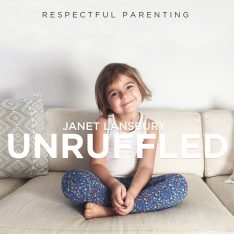 The Facts About Your Kids and Screen Time (with Dr. Meghan Owenz) 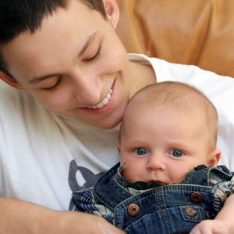 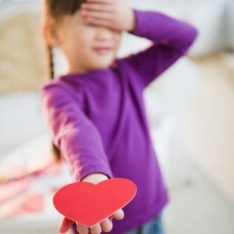