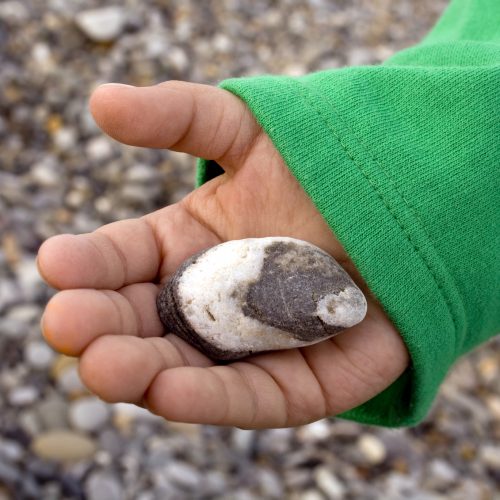 I can relate to babies. I get over-stimulated in the supermarket the way babies do. I have a strange aversion to making lists and always believe I’ll be able to take a few minutes to march down each aisle, recognizing all I need to buy. Twenty minutes later, I’m in a zombie trance and have covered less than half the store.

(The hidden benefit to this is that my husband now prefers to get-it-and-go himself, rather than waiting an hour at home for me to return with the family’s groceries.) I don’t even attempt Cosco anymore. I appreciate the convenience of the gigantic store that has everything, but my temperament is better suited to a simpler time long ago (or a more European shopping experience) when one purchased items individually from the butcher, the baker and the candlestick maker.

In a recent parent/infant class a parent asked me about taking a baby on errands. The mother said that her son objected to being placed in the stroller and wouldn’t sit in the little seat in the supermarket grocery cart. It’s not surprising that an infant or toddler dislikes accompanying mom or dad as they rush around doing errands. Babies are eager to move their bodies freely, and participate actively in life. It’s not a baby’s dream to get in and out of a car seat, and then tag along with parents through a blur of faces, sights, sounds and smells. Sometimes, even though it is inconvenient, an infant feels more included when he is held rather than strapped into a seat or carrier.

There will be times when it’s impossible for a tired baby to tolerate a restaurant, shopping trip or other outing. If our baby or child of any age is having a complete meltdown in public, it’s best (if at all possible) to stop what we’re doing and take our child home. This is not only out of politeness to others, it is the kind and thoughtful way to handle someone who is upset. I have left a few full grocery cartloads in the market over the years.

Infant expert Magda Gerber emphasized the importance of a baby’s participation in daily activities like diapering, feeding and bathing. Slowing down to include our child in the tasks that involve him, rather than distracting with a toy, pacifier or food while we hurriedly get the job done, transforms each chore into an intimate learning experience. Our child learns language in a pertinent way with all his senses, “Here’s the yellow washcloth. Would you like to dip it in the warm water?” He also gains confidence as he learns that his cooperation is valued. Rather than being expected to ignore the mysterious things being done to him while he shakes a rattle, he’s encouraged to participate in a mutual experience with another person. A nurturing relationship rooted in respect blooms between caregiver and child.

A young child has little opportunity to participate in a trip to the market or post office, but if we have no choice but to bring the baby along, I believe in making a concerted effort to stop and smell the roses. We do this when we slow down, adjust our perspective and see the world through our child’s eyes.  Rather than focusing on “making it work” by pacifying and directing our baby every minute, we let go of our agenda a little and share in the wonder of learning, imagining our child’s thoughts and responding more than dictating.

Let’s imagine we are in the supermarket. Instead of ignoring our baby as we rush around, or placating him with a box of cereal and saying, “Look at all these bright colors…hold this,” we take note that our baby is staring at a bounteous stack of oranges in the produce section. We wait while he takes in the view. If he’s still staring we might say, “You are looking at the oranges. Would you like to touch an orange?”

Sometimes we find a new appreciation for life when we slow down. Adults are used to hurrying. A child teaches us to downshift, and take in all that surrounds us in a new way. When my children were little there were countless times that I stopped and asked myself, “Why am I rushing?” Most of the time it was just a habit of expedience, and my children would then inspire me to stop and enjoy.

When my second daughter was 3 and 4 she loved to weigh produce in the market. I was impatient with her desires at times, but in retrospect I realize that she was giving herself math and science lessons as she noted the weights of the cantaloupe and the bag of broccoli.

Our children’s fascinations may surprise us, but when possible we should try to accommodate their interests. A mother in my parent/toddler class shared an ‘aha’ moment. Carrie had been out running errands with her toddler, Angus. Angus began to get grumpy. Carrie had the idea that she could cheer him by introducing him to horses at a nearby stable. When they exited the car, Angus noticed a gravel walkway. He was intrigued with the pebbles and squatted down to examine them.

Carrie, still in rush-mode, could not wait to show him the horses. She fidgeted impatiently for a minute. Then, when she was just about to call to him to follow her, she stopped. “Who is this about?” she asked herself. “Angus is content pursuing his interests. I came here for him. I’m the one who is anxious to move on to the horses.” She decided to allow Angus to linger as long as he wished. As she began to relax, she realized that the other items on her agenda could be postponed until another day. Several minutes later they took a walk to the stables and Angus saw his first horse, the sight of which excited him almost as much as the pebbles.

When I have the choice, I would much rather zip around alone to take care of errands. But when my children are with me, I try to take full advantage of their presence. I gain insights about my children when I observe their interests. I slow down and open my mind to an unbiased, innocent, ‘in the moment’ view of life. It feeds my soul. 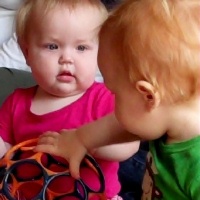 Should We Stop Babies From Taking Toys? (Another Respectful Debate) 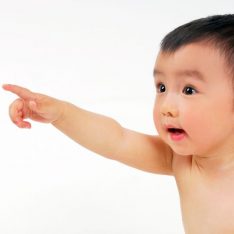 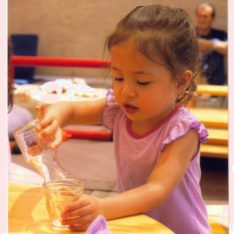 Empowering Our Babies With Rituals