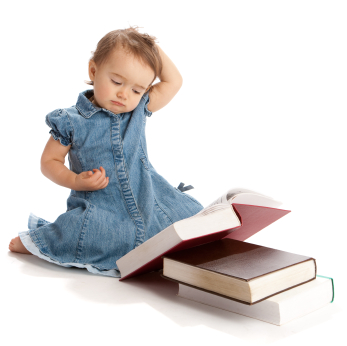 A mother in one of my parenting classes expressed dismay that her baby did not like books. Ella, an infant less than a year old, would not sit still to be read a story. Even when Ella was allowed to turn the pages herself she reportedly squirmed and indicated her disinterest.

When I heard this story, two different ideas occurred to me. The first was that Ella was an active infant, who seemed to be working assiduously on her gross motor skills. She was a baby on the move who might not want to sit still for long, even when presented with a warm lap and bright pictures on cardboard. This behavior is well within the range of normal and, in a sense, much easier to understand than a ten-month-old sitting still to look at pictures when the tactile world is at her feet.

The second thought was that Ella might be absorbing some of her mother’s anxiety. Sarah, Ella’s mother, is a writer, an expressive, open woman who candidly shares her worries in class. One of her worries was that Ella would never enjoy books, and that she might never learn to read or appreciate language the way her mother did. Sarah’s projection of her own anxiety regarding her daughter’s future literacy may have made it impossible for Ella to settle comfortably into a book.

A few weeks later, Sarah excitedly shared a realization. Sarah suddenly understood that Ella, who had been making one-and-two-syllable ‘baby sounds’ for quite awhile was attempting to communicate with each and every utterance. Each of Ella’s vocalizations actually meant something. Ella may not have been interested in books, but she was demonstrating an early ability to express herself with words.

Sarah’s story illustrates a common worry among parents: namely, the usually unfounded fear that a child will not develop normal language skills. Recalling the fact that Einstein did not speak until he was three years old seldom brings comfort when a parent is nervous about a toddler’s abilities to speak, read, write and go to college. But, just as parents can trust a normal child to begin crawling and walking when he is ready, they can usually also trust a child’s unique developmental timetable when it involves language. Unless there is a problem with hearing or sight or a developmental disorder like apraxia), children will speak and read when they are ready to speak and read. Before that time, they are internalizing the language models in their environment.

Here are some ways to encourage a child’s language development.

Talk to your infant.   Parents should open the door to communication with their child from their first days together. Telling a newborn we are picking her up before we do it; talking an infant through a diaper change and giving time for her to respond; sharing each step out loud to a baby as we put her to bed: these open, early communications will help an infant begin to internalize language.

Talking slowly, but naturally, in short sentences about the events that a child is directly involved in will create a much greater impact than, say, pointing to a random object and naming it. When an infant is asked to help put his arm through a sleeve, he is not only being treated with respect, he is also hearing words that are pertinent and meaningful to him. Most importantly, he learns that communication is a two-way street and that his participation is desired.

Model.  We want our children to learn our language. So, it is helpful (and feels more natural) to speak to an infant in our normal voice, trusting that we can be our authentic selves with our child and do not need to talk ‘down’ to him.

Try to understand.  When our child begins to vocalize we can encourage him by working to understand what he is saying. If we cannot figure it out, we can honestly admit, “I’m trying to understand, but I don’t know what you’re saying.” The child appreciates our attempt to understand and the words and tone encourage him to keep trying to express himself. When we do understand a word, we can respond by modeling the use of the word in a complete sentence. For example, if our baby says “ball,” then we might respond, “Ball? You see the ball in that basket?”

Let a baby stand uncorrected.  It is important to refrain from correcting toddlers when they begin talking. If a toddler calls a stuffed bear a “dog,” we can encourage the child to continue speaking by responding, “That looks like a dog to you,” rather than saying, “No, that’s not a dog, it’s a bear.” A child will learn to differentiate between dogs and bears soon enough.

In the book, Learning All the Time, author and educator John Holt explains why children’s early language mistakes should be left alone. Asks Holt, “If you were just learning, in a foreign country, to speak a foreign language, how would you feel if everyone around you corrected every error you made?” Holt observes that the vast majority of people would be intimidated by such hyper criticism. The ordinary person “would wind up saying little or nothing—like a man I know who after six or seven winters in Mexico, cannot speak twenty words of Spanish because he can’t bring himself to say anything unless he is sure he is right.”

Sharing books and stories. Make reading time pleasant and relaxing by letting go of any agenda and following your baby’s lead.  Allow him to turn pages, look at books upside down or backwards if he chooses to, stay as long as he wishes on a particular page, and let you know when he’s finished.

Tell stories! Even when babies are impatient with books, they will often enjoy listening to a parent or grandparent tell a story (and they don’t mind hearing poorly composed ones…believe me).

After several weeks in class learning from Sarah and Ella’s experience, I was gratified when Julie, another mom in the class, shared an anecdote.  On a recent afternoon, Julie took her three-year-old niece for a walk around the neighborhood. The little girl picked up an acorn off the sidewalk and held it out for her aunt to look at. “Look! A street shell!” she exclaimed. Julie proudly reported that she held her tongue and did not correct her niece’s description of the acorn. By doing so, Julie allowed the child to revel in her discovery, thereby encouraging her niece to go forward boldly and experiment further with the beauty of language. 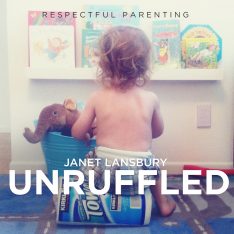 How to Encourage Your Baby’s Language Development 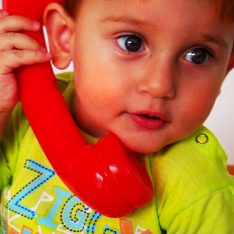 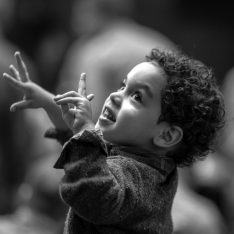 The Power Of Play Therapy (And 4 Ways To Encourage It)