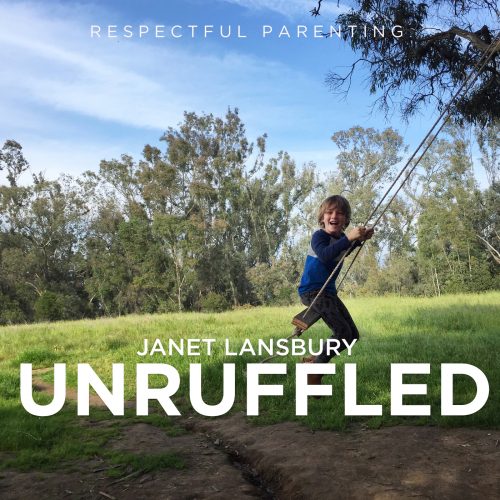 In this episode: The parent of a 4-year-old is concerned that her boy won’t poop on the toilet and wonders what she can do to encourage him. She realizes that it’s a sensitive topic and she wants to respectfully help him “without adding to the issue.”

Transcript of “Potty Struggles with a 4-Year-Old”

Hi, this is Janet Lansbury. Welcome to Unruffled. Today I’m answering an email from a parent who says that her son decided it was time to sit on the potty when he was three years old, but now a year later he’s still not able to have a bowel movement on the potty. So she’s wondering how to respectfully help him along.

“Hi Janet, first off thank you for your positive and encouraging parenting advice. Your books and podcasts are truly amazing. (You’re very welcome.)

My question concerns my four-year-old son. He’s very particular and very routine. He likes things to be orderly and neat but is still a fun rambunctious little guy. Potty training was particularly difficult due to his strong preference for a reliable routine. I can’t say I blame him. Change is hard. We did not rush potty training and just kept encouraging him. At three years old he decided he was ready. He’s done a great job and conquered the potty part of potty training. Here comes the issue.

A year later he still won’t poop on the potty. He has done it maybe three times total and it was awesome. We cheered and he seemed proud but now he refuses and gets so upset at the thought of pooping on the toilet. He demands a diaper. I’ve had people say just wait him out but I can’t stand the thought of him being miserable and pooping his own pants. That feels cruel to me. He’s now four and slowly edging toward boyhood. I feel bathroom topics are sensitive and I want to respectfully help him conquer his dislike of the toilet without adding to the issue. Any advice?”

Okay, so this is an interesting question that I receive some version of a lot and it reflects the importance of emotional readiness for toilet learning and how this can really be a sensitive aspect for some children. It’s so sensitive that if children feel some kind of urging from their parents or any kind of pressure around this, their bodies actually almost won’t let them release on the toilet. It affects them physically, but when they’re offered a diaper they are able to.

I realize there is a lot of advice around toilet training out there, books and experts who will tell you that you can do this in three days, that it’s up to parents to make this happen, that children need to be coerced with awards like stickers and treats and big applause when children get this right. I don’t believe in that. What those things do is affect the intrinsic desire that children have to achieve, and learning how to use the toilet is one of the biggest early achievements that children can have. It gives them great confidence in themselves, but if they feel like they’re doing it for other reasons, for parents, to please them or to get a reward, it devalues the accomplishment.

Many children see right through those things. They feel coerced. They don’t like it. It feels like pressure. Also it often doesn’t work with children who are especially sensitive and tuned in, so that’s why I recommend what it sounds like this parent is doing, which is really trusting your child’s readiness and allowing them to own this. I’ve written about this in a few articles mainly in “3 Reasons Kids Don’t Need Potty Training” which is on my website janetlansbury.com.

In this case it sounds like, according to this description the mother shared, that her son is the type that would be sensitive around this because he likes things to be orderly and neat, and that indicates that he likes to feel a sense of control. What comes out of our bodies really needs to be in our control, so it’s wonderful that this family didn’t push him at all. They allowed him to decide when he was ready.

He needed it to be like that as so many children do. But the problem started when they were so excited that he did poop on the potty. She says it was awesome and we cheered and he seemed proud. So they were excited. They cheered. They showed him their excitement and that can be enough to make this much, much harder for him. That can feel like pressure to a child like this. Obviously that was very well intentioned and the parents were caught up in their own enthusiasm and how wonderful it was, and I’m sure they didn’t realize that their child might react that way.

This reminds me of a time that my oldest daughter, who is sensitive and intense, she was at least when she was little, we went miniature golfing together. When she had younger siblings I used to have this afternoon once a week that she and I would get to go do something after school. It could be really simple like going to the park or something more extravagant like going to a miniature golf course.

So there we were, we started playing and she was doing brilliantly. She had these amazing shots and I was excited and I said, “Wow! You must be so proud that you’re doing so well.” Well then after that she wasn’t able to keep that up and she didn’t do as well. She got very down about it, and she was about six years old, so she was able to share with me that it didn’t feel good that I told her she was doing so well because that made her feel nervous about keeping that up.

So I think that’s what’s happened to this little boy. He’s sensitive to pressure and he wanted to be able to be the hero that everyone applauded for, and that made it really hard for him to do it. It went all the way to the physical level where in his body he couldn’t do it. Emotions are very powerful for all of us but especially for young children.

So what I would do about this is, first of all, I would dial back the emotional involvement that the parents have in this. I would really trust him. I would let go of this completely. You know, if they have excitement they want to share, share it with each other as parents but not with him. If he does make a positive step forward and he is able to poop on the potty again, I would just say something like, “Wow, you felt like pooping on the potty today,” not making a big to-do about it, allowing it again to be inner directed, allowing it to be his intrinsic desire, and for him to be completely own what he is doing.

I realize that’s hard, and this is true for a lot of other areas with children as well. When they’re doing any kind of skill, it’s so hard to temper our enthusiasm because we love them and we’re excited for them. This is a good example of how important it is to be a little careful about that.

So when she says now he refuses, I wouldn’t put him in the position of even refusing. I wouldn’t even ask him or suggest that he does it. I would let him know that diapers are ready whenever he needs them and you’re totally down for giving those to him if you want him to be comfortable.

And regarding where you all stand in this process, I would say something to him like, “I know we’ve been talking to you about going on the potty and pooping on the potty. We’ve been encouraging you. You know what we realized? We trust you to do this when you’re ready. We know you’re going to do it when that time comes and you’ll let us know when you want to do it, so we’re going to stop bugging you about it completely.” And then I would really and truly let it go so that he feels the emotional space to take this big step.

This mother says she’s worried about him being miserable. That’s one of those things that we really can’t control. We can’t control his own feelings about his process if he is miserable, or maybe he’s a little miserable because he feels like he’s letting the parents down. Taking that out of the equation is so important. But also allowing him to feel the struggle in this journey, allowing that to be his to experience it and not worrying about that, that it’s something we have to fix. What we have control over is not adding to it with our own agenda and our own excitement and concern and worry. We have to get off the rollercoaster ourselves.

And so it makes sense that she feels bathroom topics are sensitive. Yes, I feel this is sensitive for him because it feels like a big failure. It feels like he really let people down and disappointed his parents. She says, “I want to respectfully help him conquer his dislike of the toilet.” So that is not something that these parents have the power to do. In fact, their involvement I believe will make it harder for him, so letting go of that, really trusting him. He’s going to conquer it, but he’s going to do it himself without his parents pressuring him around it in any way, even in the most positive way.

And as I said before, this is a common issue and it can continue. I know families where it’s continued and continued into age six even. So we don’t want that for him if possible. I understand the challenge, believe me, of letting go but we have to let go for him to be able to physically and literally let go. It’s that simple. I hope that makes sense and I hope that helps.

Please checkout some of my other podcasts at janetlansbury.com. website. They’re all indexed by subject and category so you should be able to find whatever topic you’re interested in. And remember I have books on audio at Audible.com, No Bad Kids, Toddler Discipline Without Shame and Elevating Child Care, A Guide To Respectful Parenting. You can also get them in paperback at Amazon and an ebook at Amazon, Barnes and Noble, and Apple.com. 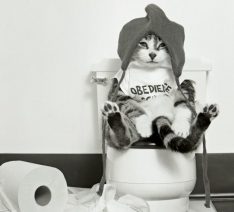 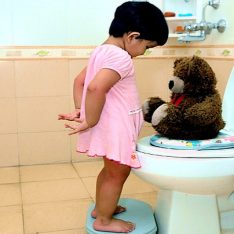 Potty And Play, Both Take Patience 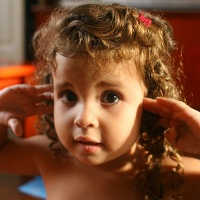