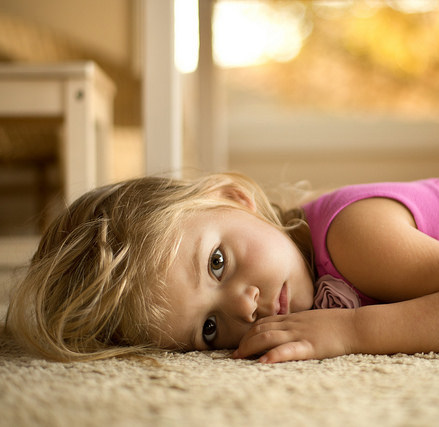 With their high awareness, sensitivity, and fresh take on the world, young children tend to see differently than we adults. That can be easy for us to forget. For example, while we might be happy and excited about the arrival of our second baby, a move to a new home, taking a trip, or switching our toddler into his Big Boy Bed, children tend to feel the disruption and loss in these changes. And it shows in their behavior. Taking a moment to consider our children’s perspective can be the answer to responding effectively.

When Jackie shared the difficulty she was having helping her daughter sleep in their new home, I instantly related. Taking her three-year-old’s perspective came easily to me, perhaps because of all the years I’ve been working with young children and their families. But it might also be because (ahem) for reasons not entirely known to me, I still seem to be affected by an inner toddler of my own. Call it arrested development or whatever. And like most toddlers, the toddler in me does not readily embrace transitions and change.

Jackie’s situation brought back my own experience over a decade ago when my husband and I remodeled our home, which included adding several feet to the miniscule, cozy nook of a bedroom that I’d been accustomed to. For weeks I struggled to fall and stay asleep, because this room was not only novel, but comparatively cavernous and echoey. For me, it was like trying to fall asleep in a museum (which I also failed at for real as a Girl Scout leader at the annual Science Center Sleepover). It felt ridiculous to be complaining about such a blessing! Eventually, after many sleepless nights, I got used to it, but the process was not confidence-building.

Here’s the exchange I had with Jackie:

Hi Janet! My family recently moved into a new home and we’ve been working hard to be sensitive to our 3-1/2 year-old’s needs. The first week was great, but this second week has been rough — a lot of night waking and difficulty falling asleep for her. Tonight she asked to sleep in a crib and requested we get out her little brother’s Pack `n Play for her to sleep in. She is very articulate, and we had a whole conversation about it. She said, “I will get out of my bed again and again and not stay in my bed unless you give me the playpen.”

We talked about her new bed and how sometimes little girls feel scared or nervous in their new homes. She didn’t say she felt any of that, but we continued the acknowledgement that such feelings are okay and normal. We let her sleep in the playpen, but my husband feels uncomfortable letting that become a habit, mostly worried that she will have an accident because she can’t get out on her own and use the toilet.

Hi Jackie! Did she have a crib in the old house? I think she’s asking for a cozy nest, which is very understandable in these new surroundings… If you are against using the playpen, you might consider how to make her bed feel more enclosed and nest-like.
Great to hear from you! Janet

Janet: She had been in a twin bed for over a year. We discussed why she likes the crib, and she said because it has sides, and we remembered we had bought a mesh canopy for the bed before the move. We put that up tonight and made a nest of pillows and the fluffiest blankie in the house, and she decided to give it a try. Went right to sleep! 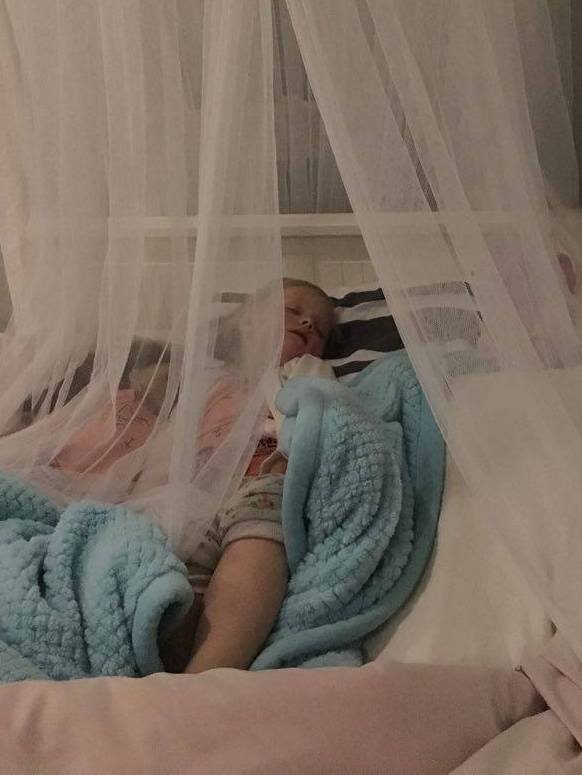 To understand your child’s perspective:

Explore. Ask questions and acknowledge possible feelings like Jackie did, but don’t expect that will necessarily (or immediately) solve the problem.  Children are often unable to understand what is bothering them, much less express it.

Listen to, but also observe your child. Often we have to read between the lines to see beyond what they are able to express explicitly.

Ask friends who share your parenting values about similar situations they may have experienced and what they learned from them.

Thank you, Jackie, for allowing me to share your story and photo!

I share more in Babies and Toddlers Dealing With Change – 3 Steps to Ease the Way and also in my compilation: Elevating Child Care: A Guide to Respectful Parenting 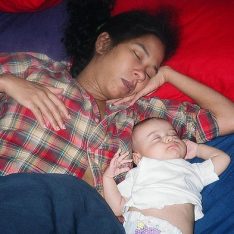 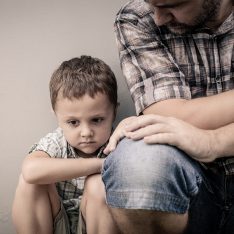 The Discipline Question No One Can Answer