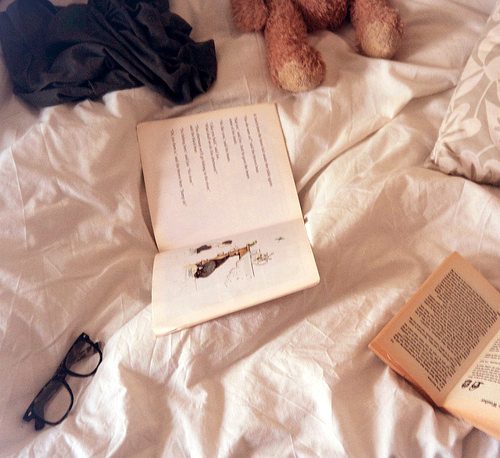 It sounds so easy, but letting go of familiar habits and embracing the unknown can take courage, as well as humility.  Personally, the ‘self-critical moment’ inherent in most positive change – that point where we must concede that we may have been doing it wrong — is one I’d rather skip.

Parenting is a particularly sensitive subject for many of us, so when parents are open to change I’m especially impressed (one of the many reasons I love the work I do). Three such parents have allowed me to share their stories, each is about an ‘a-ha’ moment and an opportunity the parents were inspired to offer their children…

An Opportunity to Solve the Problem (Jen’s Story)

Your blog posts are always in the back of my mind, helping me to slow down and see things from a child’s point of view.

RIE thinking popped into my head at the beach this summer. My son was watering plants at the edge of the sand. He would bring me the bucket to fill with water and then carefully carry it back to the plants. He repeated this over and over as I watched.

At one point he started to set the bucket down on a slant and saw that it was about to tip. He moved and tried to set it down again, but he noticed it tipping, so he picked it back up and walked a few more feet to try again. I almost said, “You need to find a flat place to set it down,” but something stopped me. RIE stopped me. I didn’t say anything. He already knew that he needed a flat spot. He was looking for one. I just watched.

After a few more tries he found a flat spot, set down the bucket proudly and looked at me. I was so happy I had not ruined his moment by telling him what he needed to do.  Stopping myself from ‘over talking’ has been very hard, yet so rewarding when I see what it gives him.

Watching my son play and figure things out has become one of my biggest joys. As I sit here on bed rest watching him talk to cars and call imaginary people on his toy phone, I am so grateful that we’ve never turned on the TV with him awake. I had a goal of making it to year 2, which many people thought hilarious, but it didn’t stop there, and with a new baby on the way I plan to continue a simple routine with plenty of time to explore inside and outside.

An Opportunity to Participate (Alana’s Story)

I started reading your blog not too long after my twins came home from the hospital, and I’m so glad I did. In your words (and in Magda Gerber‘s — thank you for introducing me to her work!), I had finally found parenting advice that actually “felt right”.

I wanted to share a quick story with you, since even though I wholeheartedly agree with everything you advocate, it still took me by surprise!

My twins are about eight months old now and, of course, are developing in leaps and bounds as they discover the world.  But certain things have become more challenging…diaper changes when they want to crawl on the change table; getting them bundled up and buckled in the car when they just want to stay home and play; putting them down for nap time when they don’t feel like sleeping, etc.  I noticed that while my daughter is generally a very happy, easy going, relaxed child, she’d recently begun crying when I would try to change her clothes.

I’d been trying to make it a little easier for all of us by just doing it really quickly, stuffing her arms and legs in as fast as I could so it would be over as soon as possible, but then today I realized that I’m surely making it much worse!  I thought of you, and while changing her out of her PJs this morning I said, “Madeleine, it’s time to change your clothes.  Would you like to help by putting your arm in the sleeve?”  AND THEN SHE PUT HER ARM IN THE SLEEVE!  No crying, no fighting it.  I felt both amazed and also kind of silly that it didn’t hit me sooner.  I know that Madeleine is an incredible, fully capable child (she has shown me this time and time again), and yet it didn’t occur to me that she would naturally find it frustrating to have someone rushing to dress her when she could easily put her arms and legs in her clothes herself… in her own time.

Thanks so much for sharing your wisdom!

When he got into his bed, he was a little wound up and chatty, so I asked him if he wanted me to sing some songs to help him settle and relax. He said yes, and as I started singing. He asked me if I could sit in the rocking chair and hold him while I sang to him. This was such a sweet request as it was our special place where we used to nurse, read stories, and cuddle before bed when he was a wee little guy. The chair has been collecting dust in the corner for a while now as we’ve moved on to sitting on his floor at night.

So my much bigger baby snuggles into my arms and I sing a few of our old favorites. I start to sing “My Bonny” (lies over the ocean…), and he asks me to change it to his name (Greyson). As I sing it, he begins to tear up and say “but I don’t want to be in the ocean, I want to stay at home,” and proceeded to get more and more emotional, big tears and all.

Instead of stifling, distracting, or minimizing his feelings I explored them with him by simply observing and asking “is this song bringing some sad feelings, it seems you really want to cry?” to which he said “Yes! I do!” I then supported his need and told him “If you need to cry, it’s ok to cry. I am here with you.”

The floodgates opened. He cried and just spewed upset thoughts and feelings, some of which that made sense, like “I want to stay in my home with my family. I don’t want to move” (we recently visited with his grandparents who moved into a new home with my SIL’s family), and some of which seemed random and did not makes sense to me. But I did not judge. I did not shush him, tell him not to be silly, or interpret his actions as a bedtime stall tactic or other negative behavior.

I held him close while the tears fell, and as they stopped he asked me to hold him longer. I didn’t rush him or tell him “that’s enough.” I listened with an open heart and let him decide when he was ready.

Thanks to RIE, I was able to gift him my love and acceptance for his feelings, regardless of the source. And in return, I felt his love and trust for me grow even stronger, gifting me with healing the child inside me who was once silenced.

For more inspiration to make positive changes, please check out my book: 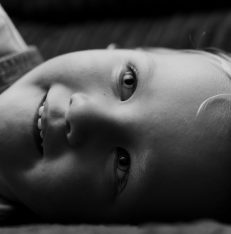 The Evolution of a Diaper Change 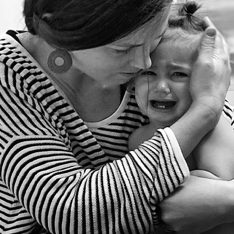 How to Be a Less Anxious Parent and Enjoy Your Child