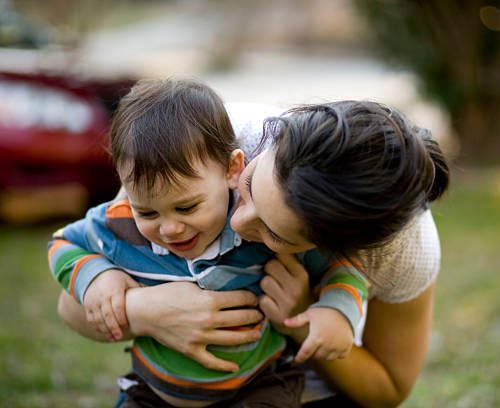 “Distracting and redirecting did not fool him.  Time outs and rewards did not motivate him.”

This is the story of a bright, spirited toddler with exceptionally loving parents who felt their family “spiraling out of control.” But all they really needed were some simple tools to help them understand how to communicate with their son as a whole person and set limits with respect.

Here are the practices that turned everything around for this family:

5. Gently following through. For example, catching the child’s hands (or feet) when he lashes out while saying, “I won’t let you hit.” (If we don’t follow through, children stop taking our directions seriously.)

7. Belief in their child’s ability to actively participate in creating solutions

I came across your blog ten days ago and it has clearly and truly changed my life.  A friend linked to your post, “What Your Toddler Thinks of Discipline” on Facebook.  It hit me like a brick wall.  I spent the next two days reading as much as I could whenever I could.  I think I made it all the way back to posts in 2010.

My son, Nicky is 2.75 years old.  All of his life, he’s been a late bloomer.  He does everything normally, but it tends to happen 30% later than other children.  We took him to doctors and specialists, everything is healthy, he’s just operating on his own time table.

He’s always had a very strong and fiery temperament, a gift and curse inherited from me.  Since his speech hasn’t developed on time, he started developing ways to let out the frustration of being constantly misunderstood or even, I’m sorry to say, ignored.  It was a vicious cycle.  The more his frustrations were unacknowledged, the worse his behavior would get.  The worse his behavior became, the more punitive I became and the more permissive his father became.  Two weeks ago, my husband and I were crying at our kitchen table, unhappy with who we’d become and the way it felt like our family was spiraling out of control.

I had looked for help before but nothing seemed to fit.  Distracting and redirecting did not fool him.  Time outs and rewards did not motivate him.  Most of the advice I found for kids his age assumed a language skill he does not yet have.  All of the advice I found for handling language delays was written for special needs children.  Finding your blog was such a relief.  Finally a way to communicate with the whole person inside my pre-verbal child.

When I read your blog, the first thing that I realized was how confusing the language I used with him could be.  I framed everything as a question.  I talked in third person.  I would say things like, “There’s no hitting, okay?” or “Mama said jumping on the couch time is over.”  I was genuinely surprised when my son cooperated if I simply told him, “I’m not going to let you do that,” or, “I’m taking this away now.”

I saw the results from just this one change and I was sold.  I began to acknowledge his desires.  To speak in first person.  I began to give names to the negative emotions he was feeling.  I started to catch his hands or feet when he tried to hit, punch, throw and shove, telling him gently, “I’m not going to let you do that.”  I began to sit closely and mostly silently when he would scream at the top of his lungs and just be present and available with his anger.  I went through the house and removed two dozen batteries from the toys he has been gifted recently.  He has never watched TV, but I stopped handing him the Ipad to play with.

It’s only been ten days and yet it already feels like a lifetime ago that my husband and I were crying at the kitchen table.  Our son is less angry and more cooperative.  He is happier and more engaged with the world around him.  He’s even speaking more, telling me now, “Understand,” when he comprehends things and, “Sad,” when he’s upset.  My husband saw the happier family he was coming home to and asked me to teach him what I’ve learned.  He’s no longer afraid of our son’s big emotions and has learned to set limits while still acknowledging Nicky’s feelings.

I think the defining moment of your methods working for us happened on Friday night.  I was using my laptop and Nicky wanted to sit in my lap.  As usual, he began kicking my laptop.  Using what I learned, I caught his foot before he made contact.  I told him, “You want to kick my laptop but I’m not going to let you do that.  I know it’s upsetting when you want to do something and I won’t let you.”  We went through this a couple of times when Nicky retracted his foot.  He extended it slowly and then hovered it over my laptop and said, “Airplane.”  He waved his foot back and forth without kicking and continued to tell me, “Airplane, airplane.”  I smiled and talked to him about his airplane flying over the computer.  I could hardly believe how peacefully the situation had resolved.  Since then, he has used this tactic for items that he is not allowed to touch, flying his “airplane” hands and feet near, exploring the item without touching it.  I could not be more proud of his creative problem solving.

Janet, your writing has done more than changed my life.  It’s given me my family back.  We’re now enjoying our son instead of counting the hours until bedtime.  I know there’s still plenty more work on this journey, but I am excited and full of hope.  I will continue forward both with Nicky and his 9 month old brother, a new and true believer in the wisdom of Magda Gerber’s approach.  Thank you, thank you so much.

I share more parenting secrets in
NO BAD KIDS: Toddler Discipline Without Shame 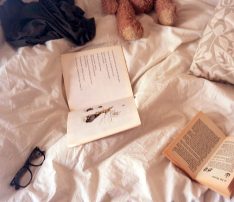 3 Stories That Could Change the Way You Parent 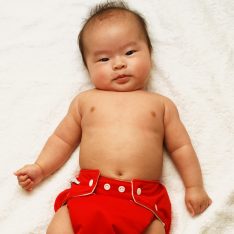 How To Love A Diaper Change