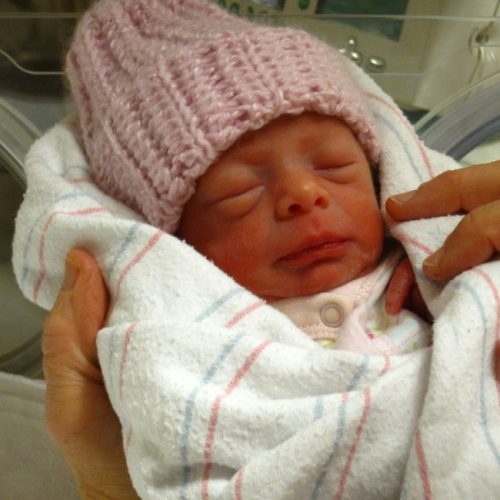 Very young children, the ailing, and the elderly are the most vulnerable members of society, so it’s only logical that they should be treated with even more thoughtfulness and respect than those capable of expressing their needs or fending for themselves. Unfortunately, society doesn’t always follow logic. Instead, we think nothing of abruptly scooping infants and toddlers up, shuttling them around, poking and prodding without even a word of warning and talking over them as if they are things rather than people.

The first time I witnessed someone talking to a baby respectfully – just like any other ‘real’ person — I thought it truly bizarre. I got used to it, though, and now I hope someday it will seem illogical to everyone not to treat babies this way.

The note below greatly encouraged me. It’s from a nurse working in Neonatal Intensive Care who has begun implementing Magda Gerber’s RIE philosophy in the nursery and is already marveling at the results of her efforts to:

1. Communicate with babies, especially to prepare them for the things that will happen to them.

3. Be a play “follower”, allowing babies to initiate activities and interactions.

I found your site several months ago.  While I’m not yet a parent, my spouse and I have been trying for a little one for over a year. What Magda Gerber said (and what you re-iterate and illustrate through real life examples) resonates with me deeply, and we have applied RIE principles already towards each other — to practice, and because I have an incredibly difficult time expressing myself.

I am also an NICU nurse at the highest level nursery in the province I live in. We take the smallest and sickest babies from all over the province.  My job is incredibly rewarding, sad, challenging and often full of joy (and tears, frustration, etc).  I started ruminating on how to apply RIE to my job, and if it would even be successful, considering the incredible turn-over rate we have between nurses caring for each baby.

Turns out, it actually works pretty well! Your recent posts about how to communicate with a child who ABSOLUTELY DOES NOT WANT SOMETHING were incredibly helpful, considering we poke and prod and cause a lot of pain in the tiny patients.

There are some principles of RIE which I have modified to fit with our NICU requirements.  For example, babies in NICU have little to say (or are unable) to express their needs for food. They are given a regulated amount of nutrition to satisfy caloric requirements so they can grow, heal and go home.  We feed babies on a routine schedule (either every 2 or every 3 hours), usually via a small tube that is placed in their nose and feeds into their tummies (since at 1200g, most babies lack the energy to take enough calories by oral feeding, and they are usually on some kind of breathing support which does not allow oral feeding for safety/logistical reasons).  Diapers, temperatures and assessments are done around these feeding schedules, which often interrupt a baby’s sleep schedule.  This is a hard part, because the tiny ones do not wake in response to hunger anyways!

There has also been repeated research to show that talking to premies activates the part of their brain that processes sound and develops language at the right rate, and that delayed language acquisition in this population is a bigger problem than initially thought.  By using RIE, I am talking to babies, talking them through procedures, diapers, temperatures, turns, weights, moving, EVERYTHING.  I’m nattering at the impossibly tiny babies all day long (because I have more than 1 at a time).  It’s exhausting, but even since starting I have noticed a small difference!

The biggest change I have noticed is that I am calmer, especially when confronted with a screaming and inconsolable baby at 3 am, who has done nothing but fuss all day long and is clearly exhausted and uncomfortable.  While it’s not perfect and I have my moments of wanting to pull my hair out, it’s a good change (and walking away from some of these babies is impossible, as is letting them cry, as their lungs are too damaged to tolerate crying).

I am more present while bottle feeding babies, and encourage the parents I work with to BE PRESENT when feeding/changing.  It’s hard not to have your heart melt with the little one you’ve watched grow from 600g into a 4kg hunk of baby look up at you with shining eyes as he swiftly and calmly learns to breastfeed and bottle-feed.

In the diaper changes with the babies, the most marked changes I see are with the baby I deal with every single shift, my “primary”.  He is the first one I’ve applied RIE to, so he’s sort of my guinea pig!  He’s much, much, much calmer during temperatures (which all babies hate with a passion and scream about).

His attention span is pretty fantastic for the most part, although now that he’s big enough to pick up, his parents rarely put him down, which I totally understand, since they only got to hold him for an hour a day for the first 10 weeks of his life.  Most of our babies have great attention spans, since they are left to their own devices and really only attended to if they need something.

This was fully demonstrated to me when I went to visit another former primary who was in NICU for 4 months and very nearly died at birth.  She’s got some chronic issues from her condition, and I went upstairs to the pediatric ward to visit her when she was last in the hospital. Now at 18 months, she’s a vivacious, amazing toddler with some serious attitude.

I was horrified to discover that peds staff (nurses, doctors, etc) don’t actually talk TO the baby, just to the parents, and then wonder why the toddler screams bloody murder during assessments!!!  Yeesh!  I chatted WITH the baby, told her I was just there to see her, followed her game of playing with cups, and she let me into her personal bubble and even snuggled up to me for a quick hug (her choice, and her mother’s jaw was on the floor, since she’s really not a snuggly kid — she’s far too interested in being independent than cuddling).  That incident cemented RIE as the way to go in my professional practice.

So, thanks for putting everything out there.  I really appreciate it, especially getting to apply Magda’s principles to an environment where babies lack control over absolutely everything in their lives.  While they may not get a choice about their feeding schedules, where they are, the noise they are exposed to, who looks after them, etc, I do what I can to make small changes!

Nurse Elizabeth, thank you so much for all you do!

Learn more about the power of respectful care in my book, Elevating Child Care: A Guide to Respectful Parenting 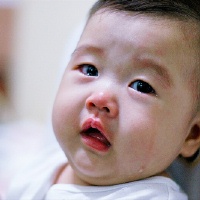 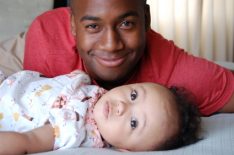