Hi Janet,
I am really enjoying your site. Magda Gerber‘s philosophy fits so well with the way my husband and I are trying to parent, and I am learning so much. One issue that we are facing now, however, is weaning from the breast, and I couldn’t find much on your site that gave any strategies of the best way to approach this with a toddler.

My son is 19 months and still nursing frequently. For many months, the pattern was that he would nurse upon waking, at nap time, and then before bedtime. Occasionally he would ask to nurse at other times of the day, and I would usually offer food or water and see if he would take that instead. If not, I would nurse him. The main problem was that he was still nursing several times at night. It wasn’t a big disturbance, so I hadn’t made the effort to change this pattern yet, although it wasn’t ideal.

Then a couple of months ago, he had two weeks of very disrupted sleep. I am not sure what was going on with him, but he woke up often, wanted to nurse almost constantly, and had a hard time falling back to sleep. He would ask for massages, stories, music, but as soon as it was stopped, he would wake up again. This led to very sore nipples on my part, as well as sleep deprivation, so I decided really out of necessity that we would not nurse at night anymore. My husband and I also decided to make more of an effort to put him to sleep without any aids (music, etc), but just with him lying in his bed and one of us sitting beside him until he fell asleep. This actually worked really well at first! We explained to him what was going to happen, that he was going to lie down to go to sleep, and that we weren’t going to nurse anymore at night, but that we could nurse in the morning. So any time he woke up in the night (still co-sleeping part-time), I just told him the same thing: lie down, it’s time to sleep, we’ll nurse in the morning. Usually around 4 or 5am, he would get very insistent about nursing and I would give in, but it still seemed a victory to me to move down to only once a night.

But now this has created a new problem! Instead of nursing only a few times during the day, he wants to nurse quite often. My inclination is to just go with the flow, as I know it is a reaction to ending night nursing. However, my poor nipples are very cracked and sore and I just CAN’T nurse him as often as he would like. I usually try to offer food/water, distract him, tell him we will nurse later, and sometimes let him cry for a while. I have explained to him that he doesn’t need to nurse now because he has teeth and can eat food (contrasting with when he was a baby). But this transition is really hard on both of us right now, and I can’t think of anything else to do. If I could come up with some way to “schedule” his nursing, I think that would help him, because at night it helps him to know that he will nurse in the morning. I just can’t think of a good way to do this that would be clear to him. Any suggestions would be appreciated!

Interesting! When you were decisive, direct, clear and honest about adjusting the night time feedings, it wasn’t hard for your son to accept a change and make the transition. (And sadly, 5 AM is morning time for many toddlers. Those of us with multiple children can be ruined forever…early morning risers no matter how late we stay up!)  I believe that if you can be as decisive and clear during the day, your son will accept that, too, with some complaints and maybe some “mourning” about the change. The most important thing is for you to feel certain and confident about the changes you make.

Infant specialist Magda Gerber taught parents that our needs matter, and that it is extremely positive for our children to know that. Parenting is about a lifelong relationship (hopefully based on mutual respect), not slavery!

I can relate to wanting to go with the flow. I’m a go-with-the-flow kind of person myself. But the flow isn’t working. You are in pain and discomfort and that is not good for you or your son, and it is especially not good for your relationship, because you are going along with his wishes and against yours, and possibly resenting it. Maybe not yet, but you will.

Children want and need their parents to be their leaders. They appreciate the nested, rooted and secure feeling we give them when we provide structure and guidance, though they are loath to admit it. So do the wonderful job you did with your son for the night feedings. Tell him when you will nurse…once, twice a day, whatever you decide. Don’t distract him. Stay honest and give him options…a choice of a couple of types of drinks in a choice of special cups, or a favorite snack.  Accept all his feelings, acknowledge and encourage them, but don’t waver on whatever you decide. Stick to the plan. Feel good about it.

Your son needs to know that you (and therefore others in his life) have personal boundaries and that he is expected to respect them. Once you have the conviction, the change will be easy. So, I recommend proceeding with confidence!

Thanks for your reply!

Things do seem to be improving a bit now that I have decided on clear times that we will nurse. I chose times that I thought would be easy for him to understand: waking up in the morning, nap time, and before bed. These are the times that he most commonly asks to nurse anyway, so I just explained to him that we will only nurse three times a day, at those times. Even then, I don’t ask him if he wants to nurse when that time comes around, but I agree if he asks. So sometimes he skips the before bed session, especially if Dad is putting him to bed. This seems to be working well. He still has some difficulty, but I think having concrete times that he can expect and look forward to has helped a lot.

We have had a little backsliding as far as nursing at night…but I am hoping that is just due to a temporary change in sleeping arrangements. Tonight things will be going back to normal, so we will see if it starts to improve!

Thanks for the support and encouragement.
Shereen

I share more about respectful guidance in No Bad Kids: Toddler Discipline Without Shame

How To Break Your Toddler’s TV Habit 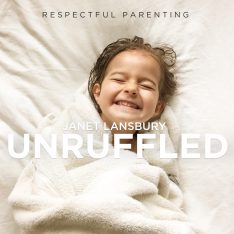