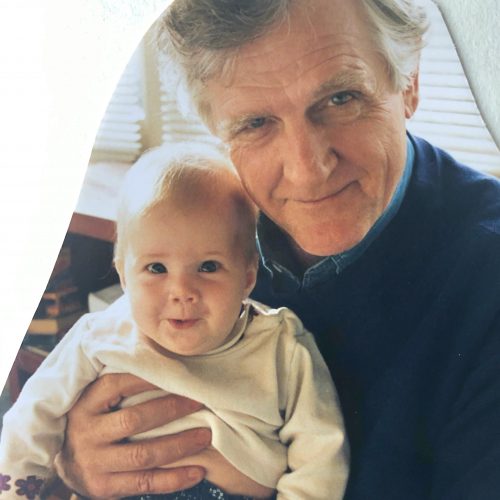 After meeting motherhood dazed, confused, even panicked, I was greatly relieved to discover a child-rearing philosophy that made perfect sense to me. Captivated and empowered by infant expert Magda Gerber, I set about following her parenting principles to the letter. My gusto caused some missteps. The one I regret most is offending my father-in-law.

My handsome, fun-loving father-in-law is a successful Broadway producer, was a set designer in the early days of television, and has always been an artist. When his first granddaughter came to visit the family house in Vermont at 20 months old, Grandpa Edgar naturally wanted to connect, and one of the ways he did that was to draw with her. Charming, right?

What Edgar didn’t know was that I had been zealously protecting his granddaughter’s power of discovery for months,  suppressing my own urges to show her how to do things that she might later be able to discover on her own. By then, Magda Gerber’s belief that infants should be trusted to be initiators, explorers and self-learners had been confirmed for me by my daughter many times over. I had also been steeped in early childhood educator Bev Bos’ advice to “never draw for a child” and Piaget’s words, “Every time we teach a child something, we keep him from inventing it himself…That which we allow him to discover by himself…will remain with him.”

When my dear friend Stuart dropped by a few months before the Vermont trip and brought my daughter a small box of crayons, I cringed. He was probably a little offended, and certainly taken aback when I begged, “Don’t show her how they work!” But having been a best friend for years, Stuart was well-acquainted with my somewhat obsessive, perfectionist tendencies. He obeyed.

My daughter liked the crayons. She took them out of the box, and struggled until she got them all back in. Many, many times. I may have been the only mom in the world to appreciate such an activity. I thought it was perfect. And I knew the day would come (and it did weeks later) when she discovered the profound truth — crayons make marks! But even then, the marks of color were not as fulfilling to my daughter as getting those stately soldiers to line up again, just right, in the box.

So, well-meaning Grandpa Edgar didn’t have a prayer. I was polite (I think) when I asked him not to draw for his granddaughter, and I tried lamely to explain why, but in retrospect I believe opening my mouth at all was ungracious. After all, it wasn’t the same as if I drew for her — parents are much more influential to a child than anyone else. A demonstration from me might have been perceived as the “right” way to draw, and discouraged her because she wasn’t as able.

As my mother-in-law sagely pointed out, my daughter would just think of drawing as something special that her grandfather does.  And it is…and she does. And, she became something of an artist in her own right as a photographer. (And she’s still into composition – likes everything lined up, just so.)

So, the moral of this story is: tame your parenting zeal. Embrace tact, even if it means biting your tongue.  Leave the grandparents alone. They deserve to develop their own relationships with their grandchildren. If they are not daily caregivers, it matters little if they have different parenting practices than we do.

Do you have any grandparent stories? Or are you a grandparent? I’d love to hear from you. 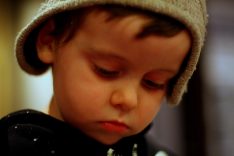 You’ll Be Sorry – Children and Apologies 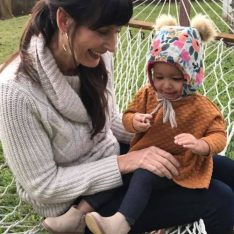 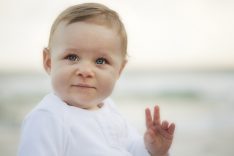 Do Our Children Choose Us?