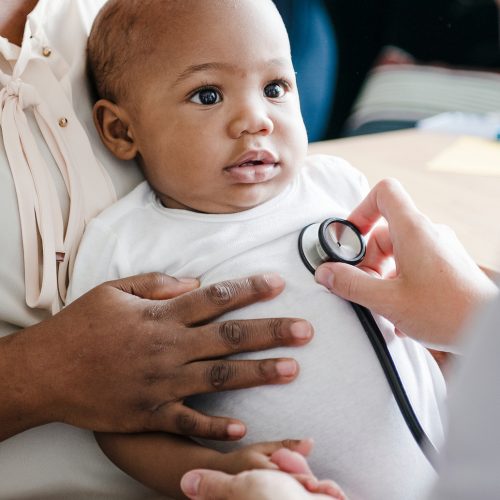 I have had many surprises since becoming a mom. I found out that children under the age of six never walk down a hallway when they can run and that corn kernels pass through the body whole. But the biggest surprise of all was the discovery that babies and toddlers can actually enjoy, and even look forward to getting a haircut, or visiting the doctor or dentist. (Certainly not the way I ever felt!) And all I had to do to make this possible was to help my baby ‘look forward’ to these routine events by honestly preparing her for the situations beforehand.

When I began attending RIE parenting classes as a new mom, I adopted the habit of  telling my baby what was happening to her, and what was about to happen.  I told her that I was going to pick her up, place her on a changing table, or do anything that involved her, before I did it. I learned that babies crave predictability. They like the teensy bit of control they feel when they can anticipate what will happen next. It makes their world feel a little less overwhelming and more secure to know, for example, that after bath time they will put on pajamas, hear a lovely song, and then be carried over to help draw the shades before being placed in their bed.  Babies like to be included in a process, to participate as much as possible, even if it just means being informed about all that is happening to them.

When babies are treated with this kind of respect, they are surprisingly cooperative, because they are aware and engaged.  But when we scoop a baby up without a word, or distract her with a toy to get a diaper changed quickly, we discourage her involvement, and make her feel manipulated into compliance, rather than feeling like a partner in an intimate activity.  Even though babies cannot speak, they are whole people, capable of participating actively in a relationship with us, and in their lives. The sooner we honestly take them in and invite them to join us, the sooner they will.

When my baby was around twelve months old, I prepared her for the doctor’s office in advance.  I talked to her at home on the morning of our appointment, told her where we were going and what would happen there.  I told her about the scale, the stethoscope, about the doctor looking into her eyes with a light, feeling her belly and looking into her mouth.  And if I had thought she was getting a shot that day, I would have told her about that too, and right before she was injected I’d warn, “This may hurt or sting.”

When my daughter and I arrived at the doctor’s office she had been hearing all about, I could sense her eager anticipation, and when the doctor finally came into the examining room, she was quiet, attentive, breathlessly waiting for all her predictions to be fulfilled.

Unfortunately, this well-meaning doctor launched into a comedy/magic routine,  whizzing that little pen light all over like a firefly in his attempt to distract, telling her, “I see a birdie in your ear!”, and then sneaking in the peaks he needed for his examination. My baby was nonplussed.  I moderated.  I told her what the doctor was actually doing, so that she could stay involved and at least mentally participate as much as possible. He is a fine physician, but has a common view about children — that they cannot be trusted with the truth and need to be tricked and entertained to distraction for him to get his job done.

Happily, my daughter enjoyed her first doctor’s office experience enough to want to go back.  She reacted with similar interest to wearing a giant bib at the barbershop and feeling the snip-snip of scissors cutting her hair, and she always looked forward to the dentist, even though she had to keep her mouth open for a long, long time.

No question my children appreciate a lollipop, a new toothbrush, or an “I have great teeth” sticker.  But I came to the conclusion a long time ago that the honest preparation that led to their active involvement in those early experiences with the doctor, dentist and hairstylist is the reason my children still like going.  Or, maybe they’re just weird kids. 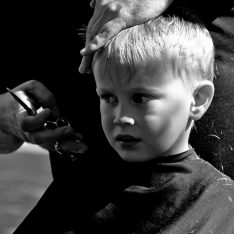 Kids’ Haircuts Don’t Have to be Hairy 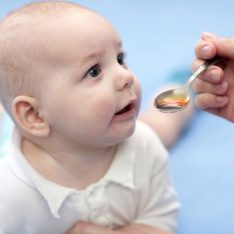 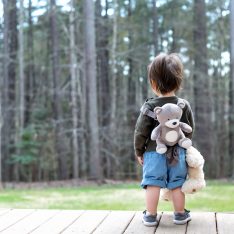 How Our Judgments Hurt Kids (And What We Can Do Instead)