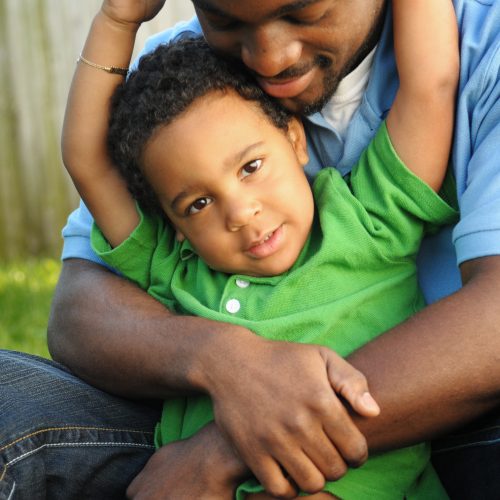 Lately, I’ve noticed that I answer many parents’ various concerns and questions with the same general response: Trust your child’s process.

In their first years, our children are wired to learn and develop at a breakneck speed. They’re born with an extraordinary facility to absorb, assimilate, and actively make sense of their world. They move new, puzzling and uncomfortable experiences fluidly through their systems, integrating and venting them through play and emotional expression.

Our young children are masterful self-healers. Yet, it can be so hard for us to trust…

When our toddler seems terrified by monsters, animals, or a certain neighbor.

When our preschooler is experimenting with make-believe gun play or keeps repeating a crass expression she picked up from a peer (and, to our dismay, is even using it “appropriately.”)

When our child’s behavior seems to unravel after exposure to a violent event or image.

When kids seem overwhelmed by a transition to a new home, school, sibling.

… and so many other things.

Instead of encouraging our children to process out these major and minor disturbances through emotions or play (as they so ably do), we tend to perceive their process as the problem itself. Our reaction may be to forbid the gun play or scold children for inappropriate words. When it comes to fears, we may dismiss them or swoop in like a superhero to make everything alright again. This may be a natural instinct and certainly expedient, but by dismissing discomfort and experimentation as unsafe or forbidden, we risk infusing these life experiences with even more mystery and power. Our don’t go there message adds fuel to the fire. With our best intentions, we increase the disturbance.

A 3-year-old in one of my parent-toddler classes had become intensely afraid of cats and dogs. His mother said she first noticed this when a large dog approached them at the park. The boy cried out, so she picked him up in her arms to offer safety and comfort. From then on, he reacted hysterically whenever a dog or cat of any size was in view, even at a distance.

The mom shared that story with me after I witnessed this response myself. Another family had approached the gate of our outdoor meeting space with a miniature dog in tow. The little boy had been playing but suddenly screamed when he spotted the dog. His mother went to him to pick him up, acknowledged his feelings and said calming words as she stood holding him.

I am blessed to work with incredibly open, honest, sensitive and caring parents, and this mom is the embodiment of all of those things. We trust each other, so I was able to suggest that the next time this happened, she might calmly squat down next her boy (to protect him in the case the dog was aggressive), but refrain from projecting her own discomfort by picking him up. In other words, do less so that he could feel her confidence in him as he expressed his feelings.

She agreed to try but admitted it would be challenging for her. She noted that she has always been wary of dogs herself — a big piece of this puzzle, and a feeling her son, no doubt, sensed.

Also, like many of us (waving my hand high!), this mom’s heart breaks a little when her sweet boy is upset. The urge to rescue our child from those feelings, calm them and make them disappear, is strong. Most of us would prefer to prevent and completely avoid episodes like these.

I received an email from another parent whose toddler had seemed extremely frightened by a neighbor in their small town. “Should we avoid him?” she asked. Avoiding the neighbor would mean drastically restricting this family’s social life, but would that be best?

Not in my opinion. If we make it our job to insulate our children from the normal disturbances of life, they never learn that they are capable of navigating them. But if we accept their feelings with confidence, their coping abilities develop and strengthen. The storm will eventually pass.

Uncomfortable, messy feelings are the cure rather than the problem. Expressing them fully is the way our children come to understand, heal, make peace, overcome. For this process to flow, our role is to resist the urge to dam it up and, instead, to trust and perceive it positively. Getting comfortable — or at least okay — with our children’s discomfort.

To aid children in their process:

A few weeks later, the mom of the frightened boy and some of the other parents from my parent-toddler class shared an intriguing update. They’d gathered at a favorite park and hiking area. At one point during the outing, they noticed the boy engaging happily with one his friends. There was a very large dog near them, which he clearly must have noticed. He was fine.

Could an element of his previous responses be more about him processing his mother’s feelings than his own?

This experience surprised and amused us and seemed to give the mother more confidence in her son, which was helpful because it turned out that he wasn’t quite finished.

That same day I was giving the children their snack. This is a ritual they revel in even though (or, perhaps, because) there are some fairly strict rules, like they must stay seated if they want to continue being served. During this time, I am the one setting the limits and engaging with them. The parents observe us or talk together several feet away. The children are remarkably focused and patient, and we share a lot of laughter.

One of the host family’s cats padded through the yard and quickly disappeared again. The little boy must have seen this out of the corner of his eye, because he instantly lost it, cried and howled loudly for his mother. I discreetly gestured for her to stay where she was. If he was truly shaken, he could easily have gone to her.

Interestingly, he never budged from his seat, which gave me even more trust in the whole situation, though he continued to wail and look towards his mother with pleading eyes. I acknowledged, “Wow, you didn’t like that cat going by! That startled you. It’s upsetting when a cat suddenly decides to walk by.”

Lack of control seems to be a common upsetting theme for toddlers. They are just beginning to understand their place in their world and get their footing, and then something new or unexpected shows up which alarms and frustrates them.

But my goal in acknowledging these feelings wasn’t for him to necessarily hear me through his distress. It was to feel my intention, which was to roll out a giant red carpet for him to share it all while remaining calm and comfortable myself.

After a few long minutes (particularly long for his mom, I imagine), he seemed to completely clear his feelings. We all breathed, and I carried on with snack. He was back to his adorable, twinkly-eyed self as if nothing had happened.

There was one final test that day. Class had ended, we’d said our goodbyes, and I had just started my car when I noticed, as if on cue, a large black cat just ahead of where the boy and his mom were walking towards their car. Sure enough, he spotted it and instantly collapsed in shrieks and sobs. I was slowly driving by them at that point, and I stopped for as long as I could without blocking traffic to try to offer some support. But it seemed the mother was handling this beautifully. She was bending down to support and hear him, but not picking him up. We shared a knowing glance, and I nodded a little. Later she sent me a sweet note about how he had recovered soon after I left and that I’d be proud of her for not picking him up.

He hasn’t been afraid of animals since. In fact, he seems to enjoy them.

I share more about trusting our children and understanding their behavior in Elevating Child Care: A Guide to Respectful Parenting and No Bad Kids: Toddler Discipline Without Shame 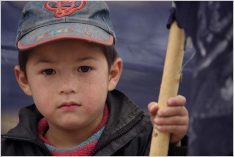