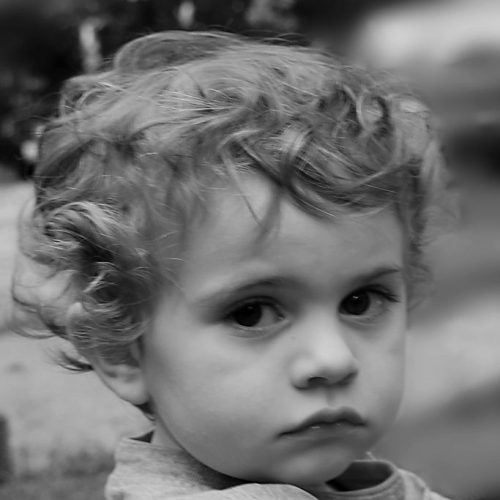 I regularly receive comments from parents expressing appreciation for the respectful parenting approach I share on my blog (Magda Gerber’s RIE approach). Occasionally, these same parents will then assert that this could not possibly work for their child with high needs or special needs, for any number of reasons. Over the years, I have consulted with many experts on the subject of RIE and children with special needs, and the majority refute that belief.

Dr. Jonathan Evans is one such specialist, and he generously offered to share his insights in this guest post about a subject “dear to his heart”: behavioral and learning difficulties in children and sensory processing:

What Parents Need to Know About Sensory Processing and SPD

Sensitive observation is a central element of infant expert Magda Gerber’s RIE philosophy. When we practice the RIE principles and are present for our child, our sensitive observation often enables us to better understand what is going on for them, and parenting is extremely rewarding both for child and parent.

However, even in a perfect world where we are completely present and available for our child, there will be moments when we simply don’t understand why they are behaving or reacting a certain way. If these moments become more frequent, then we may find ourselves putting a label on our child’s behaviour. For example, “they’re colicky” or “they are teething”.

Sometimes this is 100% correct. Often, however, we simply don’t know. As our babies turn into toddlers, these difficult moments can multiply. If they start to join up, then we may start to describe them as behaviour issues. If things get really difficult, then our child may be described as being on the ‘spectrum’ or his behaviour may have other labels attached such as Aspergers or ADHD or SPD.

This is a subject very dear to my heart because not only do I specialize in the treatment of children and babies, but my 7 year old Makani has sensory processing disorder (SPD).  It’s all quiet in my house now as both my boys are in bed, but half an hour ago it was chaos – it was the nightly ‘teeth cleaning’ routine for my two boys, and unfortunately we had run out of their toothpaste so it had to be the adult brand.

First my 4 year old, on goes the adult toothpaste. A little bit of a registering from him that it tastes a bit different, but all good and off he goes to mum for a story. Next, my 7 year old. First, a calm explanation of the situation from me as he doesn’t handle surprises well. Then the toothpaste, and as soon as he tastes it things get difficult – tantrum, shouting, feet stamping, spitting out of the toothpaste and general refusal to co-operate in any way. It’s not fun, and I want to shout back at him. I manage to stay calm. I back off and we sit down in the bathroom to discuss the issue, his view, my view etc.

In the end we manage to compromise over a reduction in length of the teeth cleaning for tonight, along with the promise of his usual toothpaste tomorrow and the lining up along the sink of what seems like every vessel in the house that is capable of carrying water. We go at it again, and after an eternity involving all the water vessels and much rinsing and complaining, we are done!

So what have we got here? A naughty child and a good child? An indulged, spoiled 1st born and a meek 2nd child?  These types of questions and the behaviour that prompts them is what I talk to parents about every day that I’m in clinic.

“What is going on inside your child’s head when they are being difficult?”

Sometimes the answer is obvious – hunger, fatigue — but let’s look at a model that will shed light on the behaviours that we can’t explain. 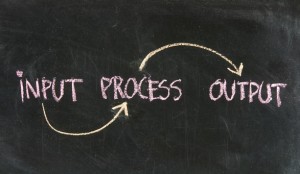 The understanding behind all human and animal behaviour is stimulus and response. There are the 5 senses (hearing, sight, touch, smell, taste) and a sixth, the balance mechanism (vestibular system).

Simple and predictable? Unfortunately not, as everyone processes the same stimuli slightly differently, and this is why we see different responses to the same event. This is true in adults and especially so in children whose brains are still developing.

The term sensory processing disorder (SPD) is used to describe a child who has difficulty processing ‘sensory information’. However, all children will experience situations where they can’t process the information that their brains are receiving. It is only the frequency and severity of these situations that separate these children from those with an ‘official’ SPD diagnosis.

Relevance for you as a parent

Let’s go back to my boy Makani. Taste is not his only Kryptonite. He also has an Auditory Processing Disorder (APD), and we see difficulties in the other senses as well. If I was unaware of these sensory processing difficulties, then I would consider him very defiant, which would probably have led to one of two parenting options:

1)    Increase the discipline to combat the defiance

None of these methods is addressing what is going on and, in fact, make matters worse. The third option is disastrous. We see this played out when a Dad (it’s usually Dad) enforces discipline for what he sees as an unruly child, and then Mum tries to dilute the discipline as she senses her connection with her child being permanently broken.

All three of these options create immense stress for the child which hugely influences the brain.

Stress and the Fight/Flight Response

If a child encounters a stimulus that he can’t process easily, how will he respond? In one of two ways: fight or flight. This fight/flight response is hard-wired in humans. In children we will see:

What is vital to know is that a little bit of stress = improved brain performance. A lot of stress and/or continued stress = poorer brain performance. This means that if a child is stressed by a stimulus and isn’t supported appropriately through that situation, then they are likely to get more stressed and less able to handle the next stimulus. Now and then isn’t a problem, but on a continuing basis this can lead to serious problems for that child.

If the overloading stimuli keep coming, then it is 100% certain that the child will adapt his behaviour in expectation of the next unwelcome stimulus. How does an intelligent child do this? He does it by controlling his environment. Can he control it 100%? Of course not, but he gives it his best shot anyway. This is when we start to see some of the following:

The Apple Doesn’t Fall Far from the Tree

So I have a son with APD, and I have APD. Coincidence? Of course it is. He had a difficult birth, and I was hit on the ear by a cricket ball when I was four. Anyway, this is what I’d like to believe, and definitely those two incidents have affected our ability to process. However, having worked in this field for a while now, I have seen far too many ‘coincidences’.

I mention this because it is very important for parenting. If you or your partner have a similar ‘processing issue’, then both parties are probably creating a lot of stress for each other and winding each other up until one or both explodes. This is a negative downward spiral that must be addressed. Now, it is also likely that if a parent has reached adulthood without realising they have a processing issue, then they are usually very reluctant to look at that. So please don’t bash your partner over the head with an accusation and lay all the problems at their door!

So what can we do about this?

1)    Make sure you or your partner aren’t making the problem worse. Do you have processing difficulties or relationship issues that are creating a spiral of behaviour within the family?

2)    Now that you know what triggers difficult behaviour, look to identify specific stressful stimuli. Avoid or reduce them wherever possible. If you need more details, Google SPD and APD, and you will find lists of triggers.

3)    Time is your friend. The more time your child gets to process, the less stressed they will be and the more able they are to deal with a situation. So, if they have auditory issues and you are in a noisy shopping complex and you are rushing them, then you’re either going to get a ‘blow up’ or they will withdraw and bottle that stress. It will come out at a later time.

4)    Growing up is also your friend – as a child gets older his brain matures and he is far more capable of dealing with the sensory information that he struggled with a few years earlier. This is usually seen from five to six years upwards. However, if stress levels for the child have been very high, then it will take further years of supportive work to see these improvements.

5)    Appropriate classical music can be very beneficial. This is a topic in itself, and is the basis of the Integrated Listening Systems, a home program for APD & SPD.

6)     Osteopathy and other hands on therapies. Cranial osteopathy is an excellent modality for treating the cranial bones and birth trauma. For most people birth is the most traumatic event that their body will encounter, and this will influence the cranial bones which can in turn influence the brain and its ability to process, especially under stress.

Please note: extreme cases of any of the conditions described should be diagnosed by a specialist.

Jonathan welcomes your comments and “will do his best” to reply to your questions! 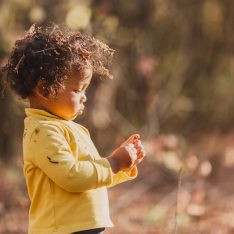 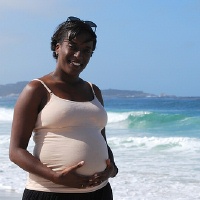 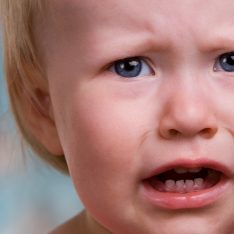 Anger is a Scary Emotion (Guest Post by Kate Russell)