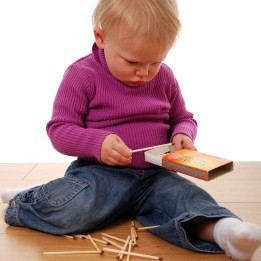 Redirection is a popular tactic for dealing with a toddler’s undesirable behavior. Its appeal is understandable, because it’s about aiming a child to another activity rather than confronting an issue directly and setting a limit. It helps us dodge the bullet of our child’s resistance, which might include anger, tears or a total meltdown (and we’re all eager to avoid those things, especially in public).

Apparently, redirection often works — at least momentarily — and I can appreciate that it allows mom, dad or caregiver to remain the good guy. I love being the good guy! Instead of saying, “I won’t let you draw on the sofa. Here’s some paper if you want to draw,” it’s easier and less likely to cause friction if I ask enthusiastically, “Can you draw me a silly face on this piece of paper?” So, I may save my sofa in the nick of time, but my child has no idea drawing on it is not okay, and may very well try it again. Well, at least there are no tears — I’m still the good guy! And right there is the first problem I have with redirection…

1) Phoniness. I don’t like acting perky and upbeat when I’m really a little annoyed. Besides making me feel like a big phony, I don’t think it’s good modeling or healthy for my relationship with my children. As uncomfortable as it is to face the music (or markers on the sofa), I believe children deserve (and need) an honest response. No, we shouldn’t react angrily if we can possibly help it, but we don’t have to perform or be inauthentic either. Staying calm, giving a simple correction and a real choice (like, you can draw on paper or find something else to do) is all that’s needed.

Yes, the child may get upset — he has a right to his conflicting opinion and his feelings. It’s good for him to vent and for us to acknowledge, “You really wanted to draw on the sofa and I wouldn’t let you.” Children are capable of experiencing these kinds of safe, age-appropriate conflicts. Which reminds me of my second objection to redirection….

2) Wastes opportunities to learn from conflict. Our children need practice handling safe disagreements with us and with peers. When our infant or toddler is struggling with a peer over a toy and we immediately suggest, “Oh, look at this cool toy over here…,” we rob him of a valuable opportunity to learn how to manage conflicts himself. Directing our child to another identical toy, if there is one, might be helpful if children seem really stuck, but even then the infant or young toddler usually wants the one that has “heat” in another child’s hands. Often the children are far more interested in understanding the struggle than they are in the particular toy. But whatever their focus, young children need time and our confidence in them to learn to resolve conflicts rather than avoiding them.

3) No guidance. What does a child learn when we direct him to draw a silly face rather than just telling him we can’t let him draw on the sofa? Infants and toddlers need us to help them understand the house rules, and eventually internalize our expectations and values. Redirection distracts children during a teachable moment instead of helping them benefit from it.

4) Underestimates and discourages attention and awareness. Redirecting a child means asking him to switch gears and forget what has taken place. Is this lack of awareness something to encourage? An article I read recently on the subject (“Understanding Children”) suggests, “Since young children’s attention spans are so short, distraction is often effective.”

Even if I agreed about children having short attention spans, which I don’t (see video), distracting them from what they are engaged in seems a sure fire way to make them even shorter.

On the other hand, children who aren’t used to redirection don’t buy it. They can’t be fooled, coaxed or lured away from marking up the sofa (unfortunately!). Encouraged to be fully present and aware, they need a straight answer, and they deserve one.

An aware child may be less convenient sometimes (when we can’t trick him with sleight of hand, “Oops, the cell phone disappeared, here’s a fun rattle instead!”), but awareness and attentiveness are essential to learning and will serve him well throughout his life.

5) Respect. Redirecting is cajoling, distraction and trickery that underestimates a toddler’s intelligence — his ability to learn and comprehend. Toddlers deserve the same respect we would give an adult, rather than this (from a website about parenting toddlers):

Distract and divert. The best form of toddler discipline is redirection. First, you have to distract them from their original intention and then, quickly divert them toward a safer alternative. Give them something else to do for example, helping with the household chores and soon they will be enjoying themselves rather than investing a lot of emotional energy into the original plan.

How distraction can be construed as ‘discipline’ is beyond me, but more importantly –would you distract an adult in the middle of a disagreement and direct her to mop up the floor? Then why treat a younger person like a fool? I believe that we can trust babies to choose where to invest their emotional energy. Only babies know what they are working on and figuring out.

Here are some alternative responses that not only work, they feel respectful and authentic:

Remain calm, kind, empathetic, but firm. In the case of a peer conflict, narrate the situation objectively without assigning blame or guilt. Infant expert Magda Gerber called this ‘sportscasting’. “Jake and John are both trying to hold onto the truck. It’s tough when you both want to use the same thing… You’re really having a hard time…” Allow the struggle, but don’t let the children hurt each other. “I see you’re frustrated, but I won’t let you hit.”

Acknowledge feelings and point of view. When it’s over, acknowledge, “Jake has the truck now. John, you wanted it. You’re upset. When Jake’s done you’ll be able to use it. Maybe there’s something else you’d like to use.”

Be fully available to respond with comfort if the child wants it.

After our response to a behavior like drawing on the sofa, and after we’ve allowed the child to cry, argue, or move on as he chooses, while offering empathy and comfort, we can acknowledge his point of view. “You thought the sofa needed decorating, but I said no.”

Recognize achievement and encourage curiosity. The use of distraction as redirection reflects our natural tendency to want to put an immediate end to a child’s undesirable behavior. And in our haste it’s easy to forget to recognize and encourage positives in the situation – positives like inventiveness, achievement, curiosity. When the situation isn’t an emergency, we can take a moment to acknowledge: “Wow, you reached all the way up to the counter and picked up my sunglasses!”

Then we can allow the child to examine the sunglasses while we hold them. If he tries to take them out of our hands, we might say, “You can look at these and touch them, but I won’t let you take them.” Then, if that turns into a struggle, we might say finally, “You really want to hold these yourself and I can’t let you. I’m going to put them away in the desk.”

Dealing with these situations openly, with patience, empathy and honesty — braving a child’s tears and accepting temporary ‘bad guy’ status — is the path to a loving relationship, trust and respect. This, believe it or not, is real quality time.

So, what do you think about redirection? 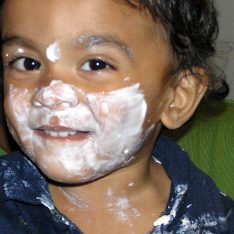 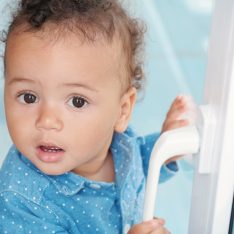 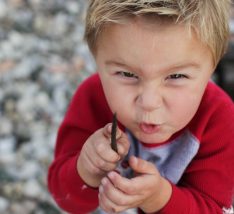