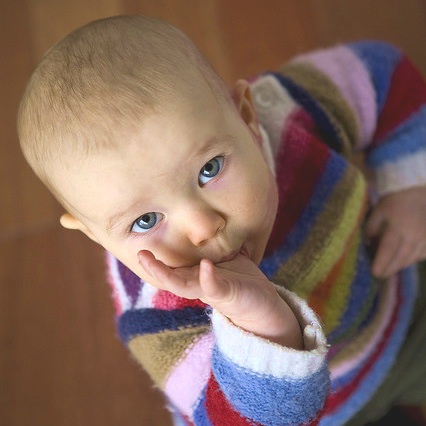 If you are intrigued by the Emmi Pikler/ Magda Gerber approach to infant gross motor development but unconvinced; struggling to find the patience to allow your baby to achieve tummy time all by herself (!); or would just like to be inspired by the beauty, power and wisdom of babies, this is the movie for you.

Rolling – Feldenkrais with Baby Liv from Irene Lyon on Vimeo.

This is a montage of a little baby named Liv doing what babies do during their first year of life.

It is these first beginnings that form the initial pieces that someone would learn while doing a Feldenkrais Awareness Through Movement Lesson. Finding the floor under you, finding the support the environment gives you such that you can move, repetition that is driven by curiosity and exploration such that action can begin to be effortless and more refined.

This video clip is the beginning of a series of video clips that will be used to highlight the foundations and principles of The Feldenkrais Method.

This has been compiled from a year of footage taken in Whistler, BC. Visit http://www.thenext25years.com for more information on the project.

A big thank you to Irene Gutteridge for allowing me to share this!  Also, thanks to Monika Szucs Eichler for introducing me to Irene’s amazing series of videos.  Read more about her work as a practitioner of the Feldenkrais Method on her blog The Human Groove.

(Photo of baby Liv by “Feldenkrais – The Next 25 Years” on Flicker.)

Parents and professionals who wait for the next and the next “achievement” sadly miss the miraculous little changes which are occurring all the time. –Magda Gerber 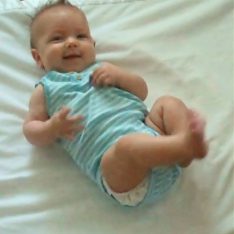 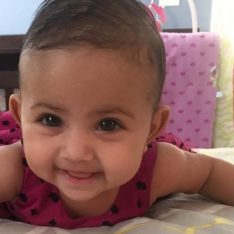 When Babies Get Tired of Tummy Time 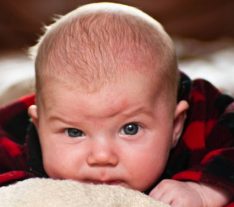 The Case Against Tummy Time: Guest Post by Irene Lyon