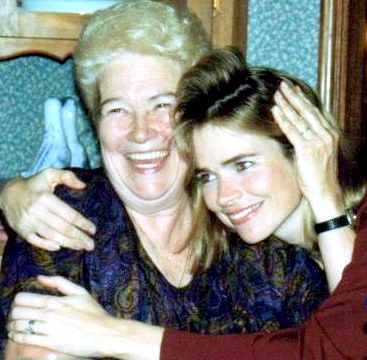 My mom died a year ago. A few weeks before that I asked her to promise to send me a sign, a symbolic shout-out — something to let me know she was okay after she left the earth. She was feeling discouraged that particular day.  Her usually upbeat personality, hearty laugh, and glowing optimism were dimmed by her declining strength and the indignities of the final stage of cancer. But she got a visible charge out of my request, and with a naughty twinkle in her eye she agreed to find a way to reach me.

Those last days with my mom were heartbreaking, but oddly perfect.  I miss that time, not just because it was the last time spent with her (and it certainly wasn’t the best time with her) but because life felt so real — and also unreal. Time and space evaporated. My purpose every moment was absolutely certain. I existed only to support and witness my mother’s last passage; there was nowhere else to be, no guilt that I wasn’t doing something I should be doing. After she took her last breath I held her, and felt her energy fly through me.

The next day, I had a run on the beach. Devastated and breathless as I finished, I turned to walk to my car, but had an impulse to glance once more towards the ocean. I gasped as the biggest herd of dolphins I’ve ever seen, 50 or 60 of them, bumped and glided joyously through the water.

Then, driving home with the children along PCH, a spotlight shone through the clouds, casting a perfectly round, shimmering pool of light on the ocean. I knew it was her.

My mom was generous with her love and goodwill.  Before she became too weak to drive a car she delivered Meals on Wheels. In her early seventies she volunteered for the Women’s Health Initiative, and ended up being one of the women in the famous study that got breast cancer from taking estrogen and progesterone.  She’d had an uneventful menopause and would never have taken hormones except as a way to help others. After her breast cancer diagnosis she found out that she’d indeed been given the hormones, not the placebo. The tamoxifen she was treated with for breast cancer may well have caused the endometrial cancer that spread to her lungs and eventually killed her. Still, she never lost faith in doctors.

My mom was almost always PTA president, and everyone, including all my friends at school adored her. Her happiness rubbed off on people. Friends would tell me they spotted her driving alone in her car, grinning.

Even as a cancer patient she kept us laughing, spreading her joy to doctors, nurses, orderlies, everyone around her.

She agreed to my suggestion to get a Facebook account a month before she died. For her status she wanted me to write, “Enjoying every minute.”

One of my favorite stories about my mom in her later years was her friendly response to a solicitous phone call from a dating service. When she was asked, “So, what kind of men do you like?” My mom replied, “I like younger men…around 79.” She left the caller in stitches.

A few days after my mom died she gave me the clearest shout-out of all. I’d had an unexplainable urge to sort through a box of old letters, some dating back to grade school. My stomach churned as I delved into my past, reading with amusement, embarrassment, sadness, regret.  I picked up a crinkled yellow post-it and stared for a moment before taking in the words in my mother’s handwriting:

I have no memory of her giving me this note and no clue why she wrote it. Sometimes, when I feel underappreciated by my children (teenagers have a way of doing that!) I read it as, “You’re the greatest mom.” My mom thought I was a good mother, and told me so almost every time we spoke. I know she found RIE parenting a little strange at first, but she soon recognized the positive effect it had on me and my family. It was different from the way she had done things, but she was open-minded and perceptive. She embraced it.

I think she would have been proud of this blog. And, though it is dedicated to my mentor Magda Gerber, it is powered by the passionate connection I still have with Virginia, my mother. Everything I do from the heart belongs to her. It always will. 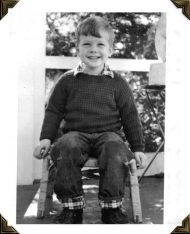 Men Will Be Boys (A Valentine) 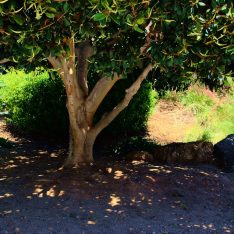 Date With My Boy 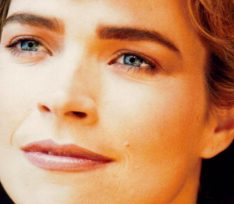