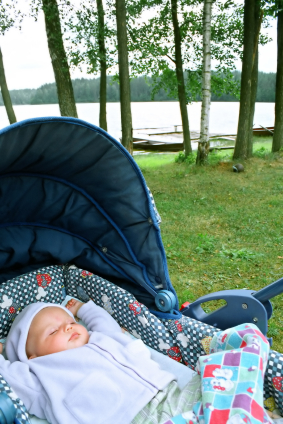 Motherhood was going to be my “Happily Ever After.”

For many women, love and marriage are the envisioned happy ending. For me, the dream was not riding off on a white horse with prince charming; it was skipping into the sunset behind the wheels of a baby stroller. I never liked riding horses anyway!

Luckily I did find a prince (or close enough), love and marriage, and nearly two years into the marriage, after raising Earl, a soulful black lab mix puppy, Mike and I felt ready to be parents. After one early, heart-wrenching miscarriage, I became pregnant again, and my dream seemed to be coming true.

After a few months of morning sickness, I settled into the novel pleasure of eating all that I wanted, including heavy foods–like tuna melts and bean burritos–which I had avoided as a weight-conscious actress. I booked a TV commercial for Dannon Frozen Yogurt (the clients didn’t know that I was pregnant), and I reveled in the task of eating gobs of frozen peach yogurt for the camera. It was the first time that I acted in a food or drink commercial without using the obligatory spitting-out bucket after each of the umpteen takes.

It was an awfully long nine months. I waited impatiently for my new life, the life I had looked forward to since I was a little girl. Everyone told me that I was going to have a boy, but we never asked the doctors, and I secretly wished for a girl. I was eager for that, “It’s a ___!” moment, so eager that one night I dreamt that the doctor said, “It’s a… it’s a…beautiful collie!” I had birthed a puppy.

My real birth story started with two days of slow contractions at home that were just uncomfortable enough to keep me awake all night. The doctor described my process as a “cold engine trying to start.” But the doctor was the stalled engine–he showed up at the hospital late and one of the nurses almost delivered my baby. The nurse frantically asked me not to push until the doctor arrived. As I was attempting to hold in the baby during agonizing contractions, Mike turned pale and grabbed for my oxygen. Since he was hyperventilating, however, the oxygen nearly felled him.

After his tardy arrival, the doctor made other gaffes, too. But in the end we had a beautiful, healthy baby girl and nothing else mattered. It was a blissfully sleepless night in the hospital, with every moment spent either nursing or just staring at our newborn daughter. We had arrived at the hospital a couple; we went home a family.

The first few weeks were dizzy, and excitement made up for the lack of sleep. My mother came over every day to hold the baby or watch her while I scurried around, wondering how to best use the precious free time. Mike carried his new daughter around proudly in a football hold and showed her off to his friends. He seemed much calmer than I was. By the third week I was utterly exhausted, the novelty had worn off, my mother did not visit as often, and then Mike went back to work and reality bit: I was in way over my head.

I had read some books that described what a parent should expect in the different stages of infancy, but none offered an overall strategy for child care or showed parents how to create a rhythm for the day. I had believed that my instincts would just take over, and that I would magically know how to balance all of my baby’s needs with mine. But everything did not just fall into place. I loathed how haphazard and accidental parenting felt. I expected more of myself. My penchant for perfection took hold. Once, while I was attempting to squeeze in a moment to talk on the phone, the baby began to cry for no discernable reason. I felt like a caged animal. After I hung up in dismay, I had a panic attack. I was confronted with this disappointing truth: I was not a good mother, or, at least, not a skillful and knowledgeable one. My life-long dream teetered on the brink of destruction. 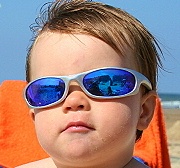 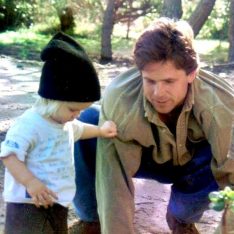 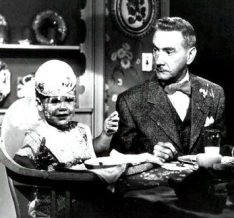