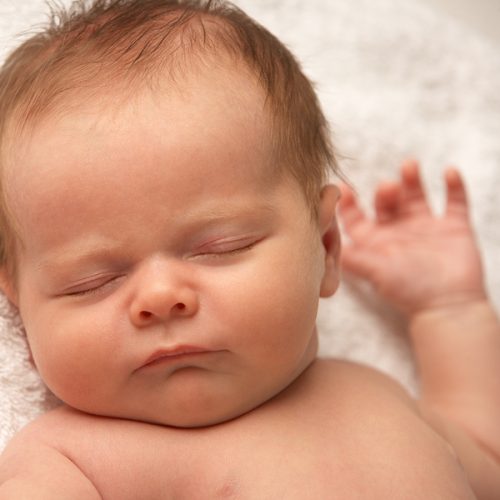 If I were to ask parents to rank the biggest challenge during their child’s first year of life, the answer would be almost unanimous: sleep. Parents want to know the secret to healthy sleep for their baby.

Indeed, desperate parents will go to great lengths to remedy a baby’s sleep difficulties. There is a vast library and an extensive marketplace of advice available. Weary and delusional, parents will resort to everything, from hiring expensive ‘sleep experts’ to buying special teddy bears that transmit the sounds of a mother’s womb.

Bedtime is an extra chore when a parent is exhausted and faces the prospect of another poor night’s sleep. It doesn’t have to be that way. Your child’s bedtime can quickly evolve into an intimate, even memorable affair, and bring a joyous end to the day. I would never trade the memories that I have about singing a calm lullaby like “Hush Little Baby “ or reciting a poem like “The Owl and the Pussycat,” or later the routine of reading chapters from The Complete Tales of Winnie the Pooh, Peter Pan or Little House in the Big Woods. When these calm bedtime rituals were followed by a good night’s sleep, life was as it should be.

But those first sleepless months, when one feels like a giddy zombie and then just completely spent, it is easy to feel at wit’s end. While sometimes sleeplessness may be the result of illness or pain, most of the time there are more basic forces at work. So here are some general guidelines to smooth the progress from sleepless nights to sweet dreams.

The first general rule of sleep is that there is no general rule. In The RIE Manual, Magda Gerber cautions, “Do not expect a magic formula: sometimes we cannot isolate any one problem area from the rest of the everyday life of your baby.”

I personally learned the hard way that there is no one-size-fits-all method to help a baby sleep. I have two daughters who slept well once they were a few months old. Then, just as I was puffing myself up with pride at my ability to promote healthy sleep, I gave birth to a boy who didn’t sleep through the night until he was two-and-a-half! This wonderful, active boy, with a sensitive digestive system, had kept me up all night in pregnancy, too.

For months, even years, I dreaded bedtime with my son, because it would take an hour or more to wind him down. Baths did not relax him, they energized him! Now I’ve come to cherish this time with my boy, because bedtime is when he finally slows down, snuggles up, and reveals his innermost thoughts to me. These moments of pleasure and intimacy make the frustrating years of sleep struggles fade from memory, but one memory is certain: the strategies that had helped my girls to sleep did not work with my son. And his environment was different, too. Being a third child, he was born into a home that was more stimulating and less peaceful than that of his sisters.

Magda Gerber recommended that parents work to create a relaxing and predictable overall environment, rather than focusing on bedtime as the whole issue. “Your goal is to develop good sleeping habits. The easiest way to develop good habits in general is to have a predictable daily life. Young babies thrive on routine.” When a baby can predict that after he eats he will have outdoor time, and then he will bathe before going to bed, he can then anticipate and even welcome sleep.

If we add to this dependable chain of events a slow, calming bedtime routine, we make it even easier for the child to unwind. A parent’s attitude toward sleep should be positive, never feeling pity for the child for giving him the gift of rest. (And new parents know what a gift that can be!) If we gently describe each action we will take to prepare the child for bed it will help him anticipate his soft landing. “I’m closing the curtains. Then we will sit together while I sing you a song. Now I’m going to help you into your bed and then switch off the lamp. Have a good rest, my love.”

A child is most amenable to a good rest when he is brought to bed at the first sign of tiredness. If a child is too exhausted or over-stimulated, he is apt to resist sleep. When an over-tired child does finally sleep, he may sleep fitfully. Parents are often under the misconception that a baby put to bed later will sleep later, but as Magda explains, “Many parents I have advised have learned with surprise and delight that contrary to their fears, putting babies to bed very early in the evening did not make them wake up earlier in the morning. Indeed, their babies often woke up much later in the morning, adding hours of sleep.”

But even when put to bed early and routinely, some infants will habitually cry for a short period before they can sleep. Infants are much more sensitive than adults to the stimulation around them. Think of crying as an infant’s way of relaxing. After all, a child cannot let off excess energy the way an adult might by going for a jog, conversing with a spouse, or drinking a glass of Pinot Grigio. An infant’s cry from tiredness can usually be distinguished by a repetitive rhythm that parent’s begin to recognize.

A mother who breast-feeds a newborn can initially subdue these tired cries by nursing the baby to sleep. But, after three or four months of age, when the infant becomes more aware of her surroundings, it is wise for the mother to begin putting a baby to bed when she is still somewhat awake. (In fact, some infants become fearful when they wake up without a memory of being moved to a crib.) While I offer this advice from Magda Gerber, I freely admit that I did not always follow it myself. It was hard for me to fathom disrupting a child’s contented journey to dreamland. And at end of a long day, I was ready for my baby to go to sleep smoothly, quickly and easily. But the sooner infants are in the habit of falling asleep without the aid of a nipple to knock them out, the easier life will be for both the parent and the child. 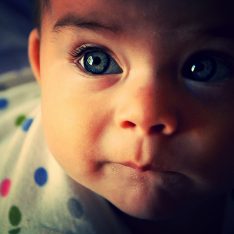 Back to Sleep (Part II of Sleep on This)